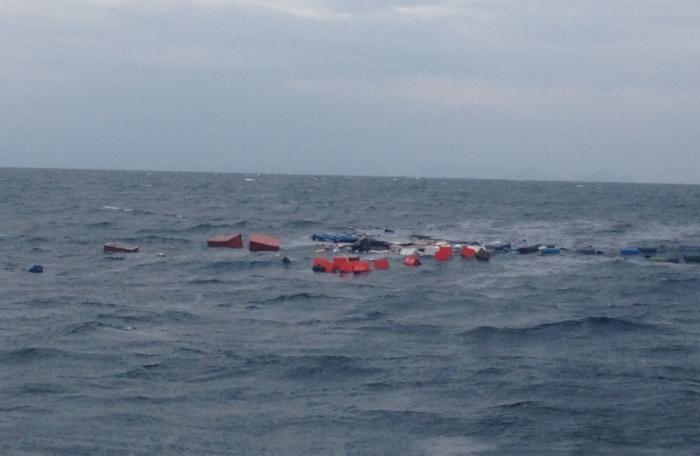 The boat, named Chok Suthida 2, left Jian Wanich pier in Phuket at 8:40am to deliver supplies and daily usage items to hotels on Phi Phi.

A Thai captain and Burmese crew member were the only ones on board. They were thrown into the water when the boat overturned.

Both men were rescued by a passing tourist boat, the Pichamon 2009, and the cargo was later recovered by the company.

“We have yet to learn the estimated cost of damages at this point. We will question the owner and the company officials,” said Lt Col Prasert Srikunarat, deputy superintendent of the Phuket Marine Police.