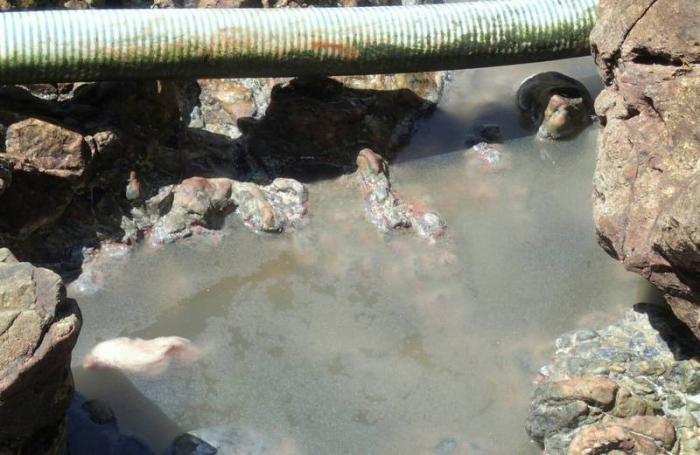 PHUKET: Complaints from Koh Kai locals led to a restaurant being charged for releasing untreated waste water into the sea yesterday.

“We officially filed charges against Sansern Sringam, 55, manager of Nontasak Marine Co Ltd, which owns the restaurant,” said Suchat Rattanaruengsri, head of the regional office of the Department of Marine and Coastal Resources Conservation (DMCR).

“We received reports of the incident last week, so six DMCR officers went to inspect the area and take pictures and videos.”

Mr Sansern pleaded guilty when faced with the evidence.

“We have ordered them to stop discharging waste by immediately ceasing any activities that cause it, and also to install a proper waste water treatment system,” he added.

The maximum punishment in these cases is a 100,000 baht fine and/or a year of imprisonment.

Another boat capsizes in Phuket