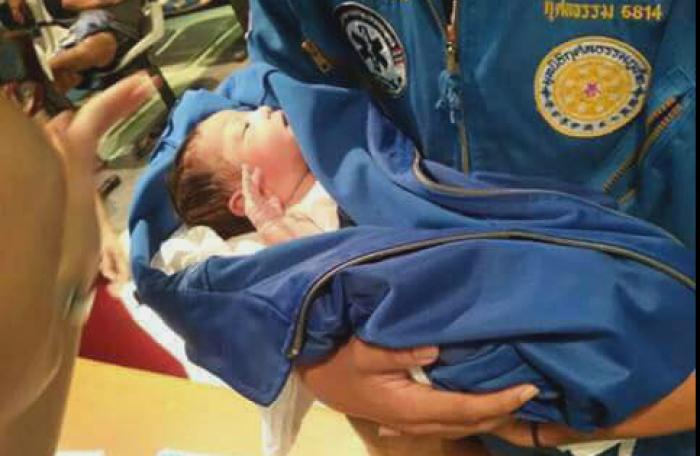 PHUKET: Kusoldharm Foundation rescue workers removed a baby from a trash can in Patong in the early hours of the morning on Saturday.

Power to the city was reportedly off, and the person who found the newborn told the rescue personnel that he didn’t see the child at first.

“We were alerted to the presence of the baby by a person who was was scrounging through the trash at about 1am,” said emergency medical responder Yotwaris Rittisirikul.

“She is very cute. She was not even crying, just smiling at me. She was wrapped in a white blanket and looks like a healthy baby,” he added.

Mr Yotwaris said the baby looked to be about about one or two weeks old.

“Her umbilical cord had already been removed. After we found her, we took her to Patong Hospital for a checkup. We hope police find the mother soon,” he said.