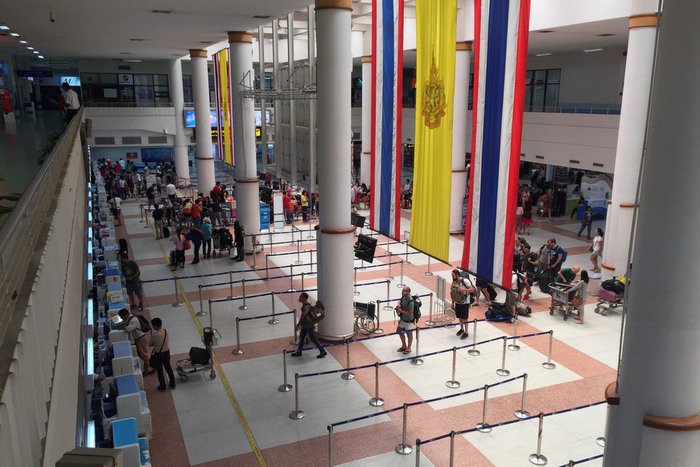 PHUKET: An angry passenger boarding a Thai Air Asia flight to Bangkok told employees that her bag had a bomb in it, after being forbidden from taking a water bottle on board this morning.

All passengers on flight FD 3002* were evacuated, and the plane was moved to an emergency parking area for inspection, confirmed Monrudee Gettuphan, director of Phuket International Airport.

“There were 141 passengers and six cabin crew on the flight, which was supposed to have departed by 8:40am,” said Ms Monrudee. “We conducted a thorough search of the plane and found nothing that could have been used as a bomb.”

All passengers, except for the woman who threatened the attack, who police have declined to name, were ushered back on board and departed for Bangkok at 10:47am.

The woman and threatened airline employee were both taken to Tah Chat Chai Police station for further questioning.

“Our initial understanding is that she was upset with the employee at the boarding gate who wouldn’t allow her to bring the water on board. We’ll see what else we can ascertain about the situation when we question her further,” said Phuket Provincial Police Commander Patchara Boonyasit.

* The story originally named the flight as 3002HD*