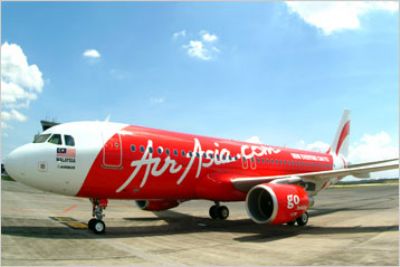 PHUKET CITY: AirAsia would like to establish Phuket as a regional operations base, but efforts to do so have thus far been hampered by Thai bureaucracy, the company’s founder has told the Gazette.

In an exclusive interview, AirAsia CEO Tony Fernandes also said that one of three new 164-seat Airbus A320 aircraft the airline has on order will be earmarked for the Bangkok-Phuket route. The aircraft is expected to arrive within three months.

Mr Fernandes also confirmed that AirAsia has been scouting for up to three sites on Phuket for its new budget hotel chain, Tune.

Setting up Phuket as an AirAsia operations base would be for single-aisle aircraft, such as the Boeing 737 or Airbus A340, rather than large, wide-bodied aircraft from international routes, he said.

However, Mr Fernandes said that establishing Phuket as a base could take time as he believes the Thai authorities have a negative view toward budget carriers.

Mr Fernandes, who entered into a partnership with former Prime Minister Thaksin Shinawatra to form Thai AirAsia, said the Thai carrier had so far not experienced any serious impact from the closure of Phuket, Haad Yai and Krabi airports by the People’s Alliance For Democracy (PAD) last week .

“I have not seen much evidence of people going home or running away,” he said.

Both Thai AirAsia and THAI Airways have reaped the benefits of One-Two-Go and Nok Air’s misfortunes with higher passenger and cargo loads, after One-Two-Go was grounded by the government pending safety improvements and Nok Air cut its Phuket service to two weekend flights due to a fall in demand.

In contrast, Thai AirAsia currently has 10 flights a day into Phuket, including two from Kuala Lumpur and one from Singapore. AirAsia flies 656 flights daily, on 102 routes to 57 destinations in 12 countries.

Mr Fernandes, who is famously outspoken, had harsh words for the Airports Authority Of Thailand (AOT), which runs six airports in Thailand, including Phuket International Airport (PIA).

He did not directly criticize the authorities who run PIA, but did say that Thailand is definitely falling behind other prime tourist destinations because of the AOT’s reluctance to reduce current landing charges that are among the highest in Asia. He called the AOT “rudderless”.

“We have delivered for them. We are the only airline to remain and not cut flights. In fact, we have added capacity into Phuket,” he said.

All quiet at Provincial Hall