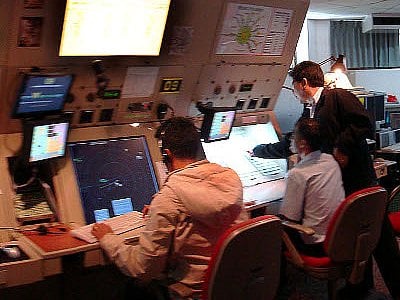 PHUKET: New technologies are set to be introduced at air traffic control centers in Phuket and throughout Thailand to help the country’s standards equal those of Europe and America.

Somchai Thean-Anant, president of Aeronautical Radio of Thailand Ltd (AEROTHAI), said that work putting the new systems in place began at the beginning of the year.

He expects the four billion baht project to be complete around the end of 2014.

“We will introduce these technologies at the 38 airports in Thailand that we are responsible for. The government has allowed us to proceed with a budget of 4.46 billion baht,” Mr Somchai said.

“These new systems will allow air transport in Thailand to reach safety standards set by the International Civil Aviation Organization (ICAO),” he said.

In 2009, Phuket was the first location in Thailand to have new technology allowing for safer aircraft landings.

“Since 2009, we have installed the same system in Samui, Krabi and Haad Yai. It will be added at Don Muang and Suvarnabhumi airports later this year,” Mr Somchai said.

Other improvements that were made in Phuket before the latest project got underway include an ATC Center, built to support the additional workforce required to handle increasing activity at the airport.

An administration, engineering and seminar building with cafeteria was built on 2,420 square meters of land under a budget of 78 million baht, said Somporn Petprasit, Phuket ATC Center director. Although still unoccupied, the building was officially opened with a ceremony on Tuesday.

“A new surveillance radar system was installed on Bang Duk Hill. Its radius is 250 miles, compared to the 35 miles covered by the old one. The system links Phuket, Surat Thani and Bangkok at all times, so we can follow aircraft movements for every flight over the region,” he said.

Phuket Airport has seen an average of 166 flights per day over the past year.

All the technological and facility additions not only help staff, but ensure better service to airlines and their customers as well, Mr Somporn said.