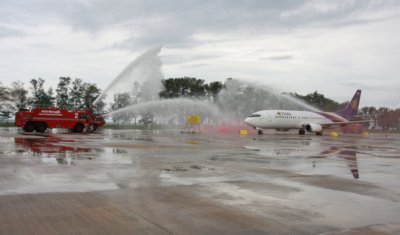 From 9.00am to 12pm officials from the Disaster Prevention and Mitigation Department, Phuket Provincial Police, Tourist Police, Marine Police, airline staff and other local government and private sector agencies combined efforts to evaluate their readiness for an airplane crash.

The drill was held one day before the two-year anniversary of the 2007 One-Two-Go crash which claimed 90 lives.

“The crash simulation took place at bay 14, away from the runway, so as not to cause any delay to daily operating flights,” said Mr Prathueng.

Bill Owen has passed away