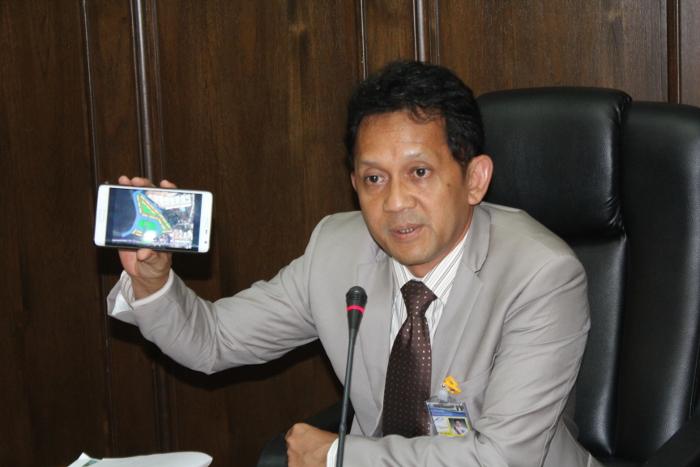 PHUKET: Phuket Governor Chamroen Tipayapongtada has backed a plan that he believes may finally resolve one of the longest running land disputes in the province.

The plan to end years of conflict between sea gypsies in Rawai and locals who claim to collectively own 19 rai of beachfront land in southern Phuket would see the central government buying the land from the title deed holders and developing the area as a permanent residence for the sea gypsy community.

Governor Chamroen, in a meeting with sea gypsy community leaders, Baron World Trade Co Ltd and other claimants to the 19 rai of disputed land, yesterday agreed to write to the Ministry of Social Development and Human Security to recommend that a budget of 313 million baht be set aside for the project.

“We estimate the land to be worth about 253mn baht. Another 60mn baht would be needed to develop the area and build about 300 houses for the sea gypsies,” said Gov Chamroen .

The plan to have the government buy up the land was proposed by some of the title deed holders, who, exasperated with a stalemate following a violent confrontation earlier this year, said they were tired of the never-ending dispute (story here).

Meanwhile, as a temporary solution to ease tension, the governor confirmed that he will issue an official letter to allow public access along a three-meter-wide pathway to a ceremonial site traditionally used by the Rawai sea gypsies.

“We will also ask Baron World Trade to allow an additional three-meter-wide portion of their land to be used by the sea gypsies, making the pathway six meters wide,” said Gov Chamroen (story here).

Additionally, Gov Chamroen plans to ask the Royal Forest Department to allow 45 rai of national park land to be used by the sea gypsies so that they can get their boats in and out of the sea more easily.

“This is actually part of a provincial plan to develop the area, which was launched in 1977,” said Gov Chamroen, adding that he hoped these solutions would finally bring a happy ending to the years-long dispute.