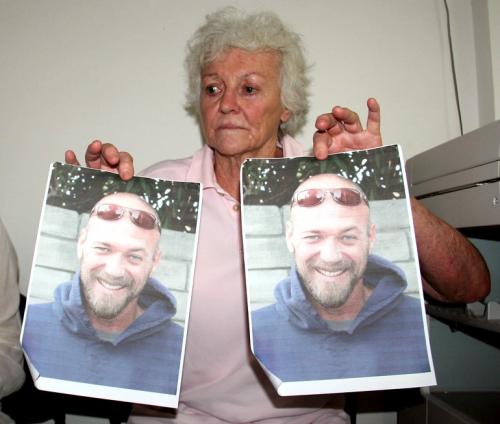 “It was a very brief call,” his mother, Lynne Bean, said.

“We still do not know where he is, but it was very good to hear his voice,” she added.

“At least we know he is alive. There is still hope after 155 days,” his father, Wayne Bean, said.

His parents reported Brett missing after he failed to make a flight home to the United States last November, leading to an island-wide manhunt.

Karon Police inspector Chana Suttimard confirmed that police had not removed any of Mr Bean’s belongings from his rented bungalow.

“If Brett Bean contacted his parents, the case is closed,” Lt Col Chana said after being contacted by the Gazette.

“We tried every way we could to find him,” he said. “I would like to know why he disappeared.”

Phuket police investigating the case found nothing suspicious in his rented bungalow at the time of his disappearance. Mr Bean’s surfboard and passport were found inside, along with his driver’s license, motorbike registration book and his bankbook

His motorbike was missing, as were his helmet, laptop computer and cell phone.

“Everything looked like Mr Bean had just stepped out,” Maj Worapong Prom-in of the Chalong Police told the Gazette.

Mr Bean’s ATM card was used several times after his reported disappearance, always by a man wearing a motorbike helmet (story here). Police believed that it was Mr Bean making the withdrawals, arguing that anyone else would have removed all the money at once.

The last reported withdrawal was on December 17, after which the trail appeared to have gone cold.