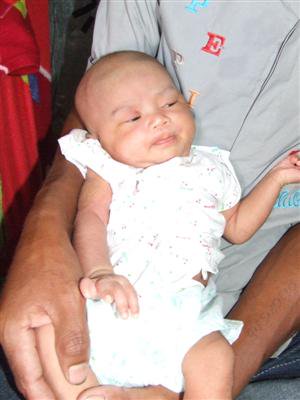 RASSADA, PHUKET: A Burmese couple, recently reunited with their baby daughter after allegedly abandoning her twice, have fled their workers’ camp and are believed to be heading back to Burma.

Residents of the camp said the couple and their baby had vanished by Sunday morning.

“Sae”, a young girl living in a shack near to that of the troubled family, said the man, 23, and woman, 20, lived at the camp for about three months.

The couple fought constantly and had abandoned their daughter once before, she said.

“Nobody liked it,” she said. “The camp boss wanted them to leave.”

A Thai supervisor at the workers’ camp, who preferred to remain anonymous, expressed shock at the thought that parents could abandon their own baby.

After the baby was found crying on a blanket outside a shophouse in Ban Kuku by a local resident on Wednesday, she was taken into care by the Phuket Shelter for Children and Families.

She was later returned to the parents, together with supplies to help them care for her.

Jiranan Jiamjaroen, head of the shelter, said nine children were abandoned in Phuket between October 2008 and September 2009.

The Burmese baby is the first to be abandoned since then, she said.