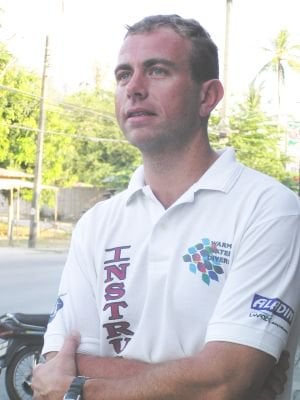 PHUKET TOWN: A pair of good Samaritans returned two cash checks with a combined value of 526,000 baht to their rightful owner after discovering them beneath a car on Monday. Swede Fredrik Klingvall, owner of O’Malley’s Irish Pub on Montri Rd, and his Thai friend Kraiwut Kunbaan had just finished eating lunch at a restaurant on Yaowarat Road when they noticed the two checks lying on the road beneath Mr Klingvall’s four-wheel-drive vehicle. The checks, one for 500,000 and the other for 26,000 baht, were issued by the Chokchai Concrete Co. It was later learned that an employee from the company had been on his way to cash a total of five checks when he dropped two of them while getting into his car. With the help of the Phuket Town Police, Mr Klingvall and K. Kraiwut on Thursday returned the checks to the company, which sent three employees to collect them. Mr Klingvall said he believed that returning the checks would improve his karma and bring him good luck.

More tales from the dog pound