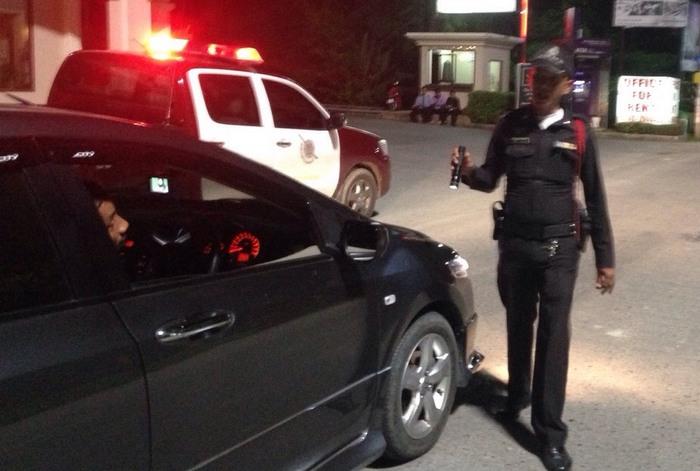 PHUKET: A total of 48 vehicles were seized during the first two days of the ‘Seven Days of Danger’ safety-road campaign in Phuket, as officers fight to keep the death toll on some of the most dangerous roads in the world at zero.

In the first two days of the national campaign, there were 15 accidents and 18 injuries in Phuket, according to statistics issued by the Disaster Prevention and Mitigation (DDPM) Phuket Office.

For several months, Phuket Provincial Police Commander Teeraphol Thipjaroen has been stepping up his efforts to stomp out drunk driving on the island.

“Impounding a vehicle and seizing a driver’s licence in a drunk driving case is nothing new – it’s just common sense,” said Maj Gen Teeraphol. “The National Council for Peace and Order’s announcement of the ‘No Drink Driving’ campaign just reinforces the idea that we must be very strict in our enforcement.”

Police are not returning vehicles seized from drunk drivers until after the road-safety campaign has concluded on April 17.

Updated Phuket statistics issued by the DDPM for the number of traffic offences during the first two days of the campaign are as follows:

“The ultimate goal is to reduce the number of accidents and deaths on our roads. Enjoy Songkran, but drive safely and be responsible,” said Sirisak Skoonsorutcha, chief of the DDPM Phuket Office.