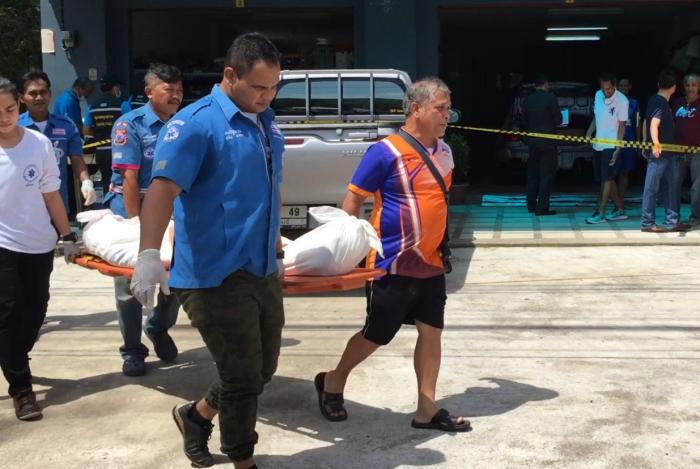 KRABI: Police are hunting for the owner of a car body shop in Krabi, on the run after shooting dead an employee found drinking kratom juice at work on Saturday afternoon.

“The shop owner, Thawatchai Suannuch, reportedly shot Wichan Sangwan, 20, several times with a 9mm pistol after the employee pulled a knife on the owners,” said Maj Supat on Saturday.

It’s believed the shop owner caught his employee drinking an illegal stimulant known as ‘4×100’ and an argument ensued, said police.

The 4×100 stimulant is a concoction of kratom leaf juice and cough syrup, among other things, which is classified as a category 5 substance.

Mr Wichan was shot three times: in the head, neck and shoulder. A knife, a bottle of kratom and three bullet casings were found nearby.