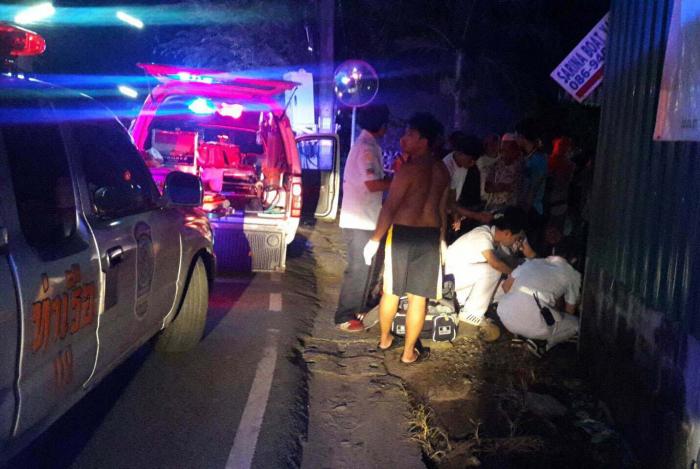 PHUKET: The body of a teenager, who was stabbed 18 times in the latest incident of violent crime in Phuket, was found outside his house in Koh Kaew late last night.

“We received reports from locals about a body found in Soi Han Farang at about 11:55pm,” confirmed Capt Udom Petcharat of the Phuket City Police.

The victim was named as Manasanan Bunga, 18.

“There were at least 18 stab wounds on his body. A blood stained Suzuki motorcycle was also lying nearby.”

Mr Manasanan’s family told police that they were watching a movie together when he received a phone call from a ‘friend’. He then stepped outside the house, telling his family he would return soon.

“Neighbors heard him screaming and discovered his body. They then notified his family and the authorities,” said Capt Udom.

“Mr Manasanan’s family believes there was some disagreement between him and the caller. The number has been traced and an arrest warrant will be issued after additional evidence is collected.”

The body was taken to Vachira Phuket Hospital for post mortem examination.