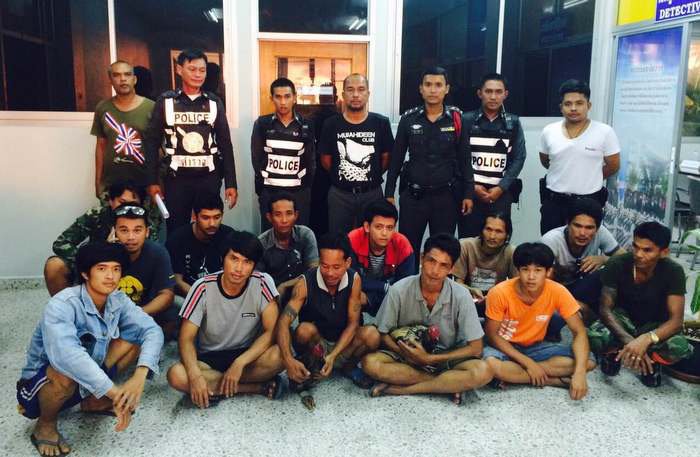 PHUKET: Thalang police officers arrested 13 men involved in a cockfight ring during a raid in Pa Khlok on Sunday.

About 20 officers raided the cockfighting site, hidden in a rubber plantation.

“We seized two roosters and 300 baht in cash at the scene,” said Thalang Police Superintendent Chanuchan Cholsuwat. “The suspects ranged in age from 18 years old to more than 50 years old.”

Following complaints from local residents, undercover officers were sent in to uncover the date and time of the cockfighting event, confirmed Col Chanuchan.

“It’s a possibility that they will continue to participate in this illegal activity, as the penalty for gambling is merely three months imprisonment, a fine of up to 1,000 baht, or both,” Col Chanuchan said. “However, the usual practice is to levy a fine.”

All 13 men were charged with gambling.

Warming up for Laguna Tri-Fest