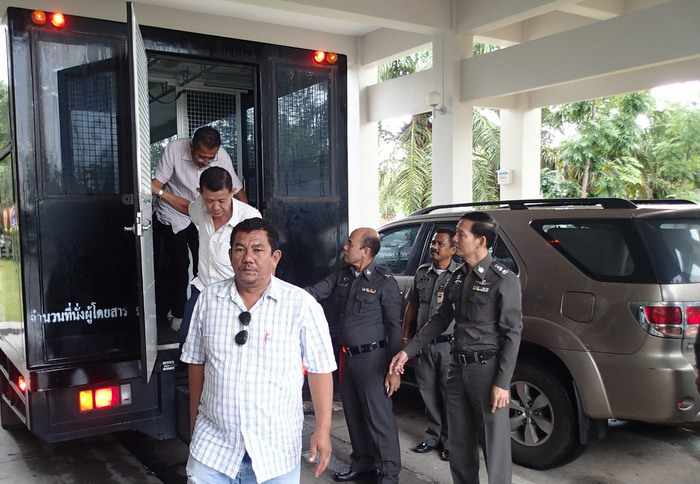 PHUKET: Police yesterday delivered boxes of investigative documents to the Phuket Provincial Public Prosecutor for the cases of more than 100 taxi mafia members.

“The evidentiary report we submitted was over 10,000 pages long,” said Pol Maj Gen Paween Pongisirin, who is spearheading the Phuket taxi mafia takedown. “It represents a total of 12 cases and 112 arrests.”

Additionally, police presented the prosecutor four of the suspects who had been out on bail.

Karon Mayor Tawee Thongcham, arrested on June 4 (story here), Malik Pensuk, Suthas Fhaikhao and Aree Madmai had all been previously released on bail for 75,000 baht each due to health issues.

“We are still collecting evidence against them,” said Gen Paween yesterday.

At 11:30am today, Gen Paween led 50 officers in a raid on the Kata-Karon municipality office as part of an effort to collect that evidence (story here).