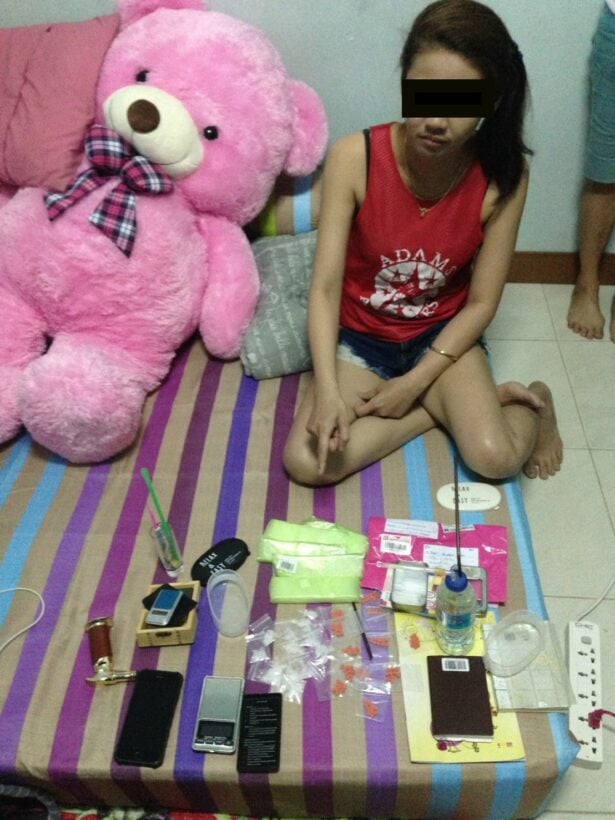 Police seized 19.62 grams of crystal methamphetamine and 137 methamphetamine pills.  She was taken to the Phuket City Police Station where she has been charged with possession of Category 1 drugs with intent to sell.

The arrest comes after police received a tip-off that Hassaya was selling drugs in the area.  Police arrested Hassaya while she was on a motorbike.

Hasaaya admitted that she bought drugs from a man name ‘Mat’ who lives nearby.

“Mat gave me the phone number of ‘Chaai’. After that I bought drugs from ‘Chaai’.”

Police are now pursuing the mysterious Mat and Chaai as drug crackdowns continue around the island. 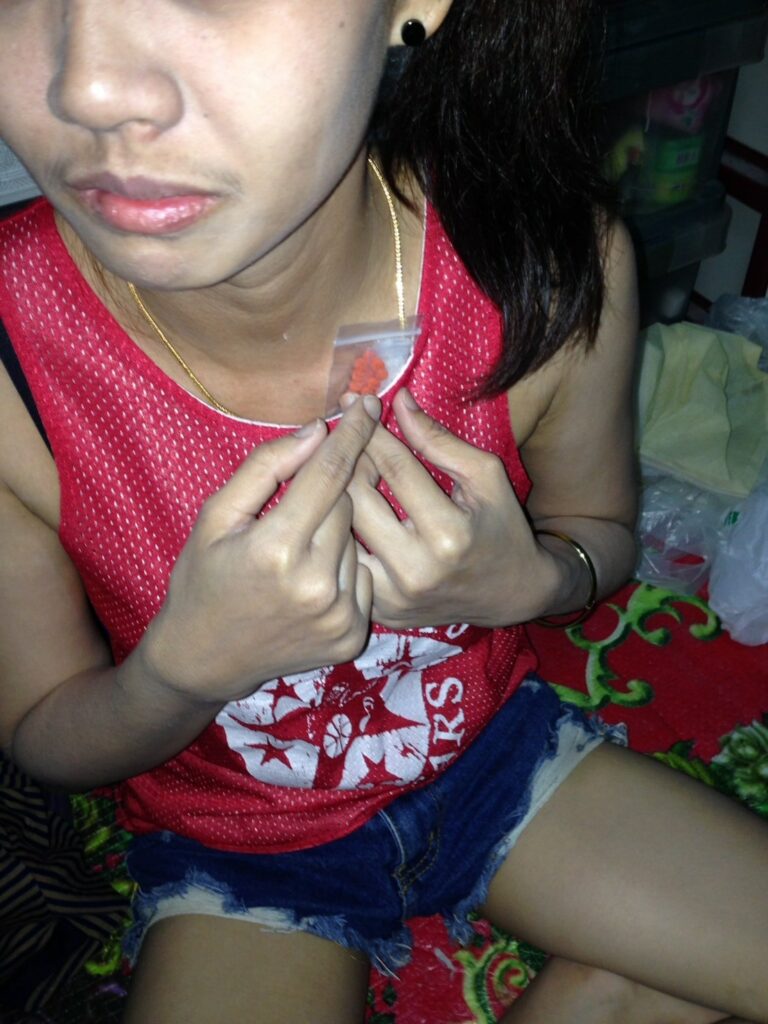