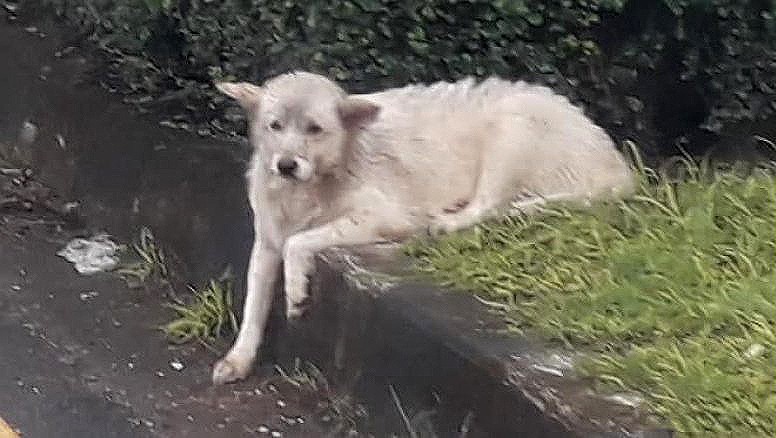 Kind-hearted folks in Muang Phang Nga have been cautiously feeding a rain-soaked lost dog for a week, believing it may have fallen off its owner’s pickup truck and was waiting for him to return.

The white dog appeared to be weakening on its adopted turf in the centre island of a road near the Wang Mor Kaeng intersection.

Beekung said several residents had said they’d adopt the dog – but no one’s been able to grab it.

If you know who’s dog it is or recognize it, Phang Nga residents would be keen to re-unite owner and dog. 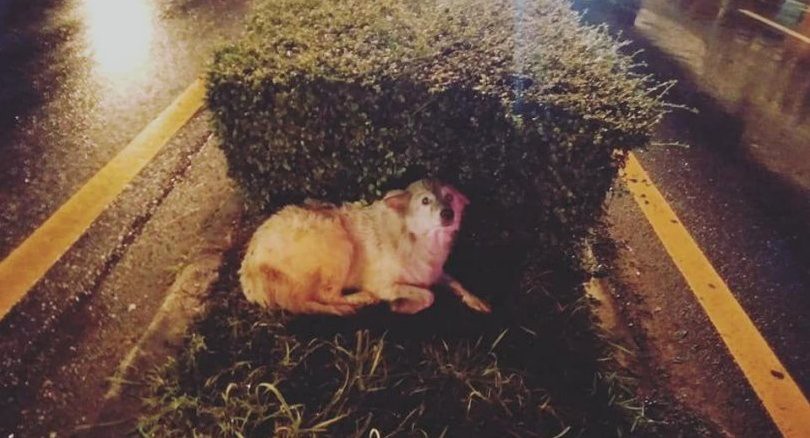