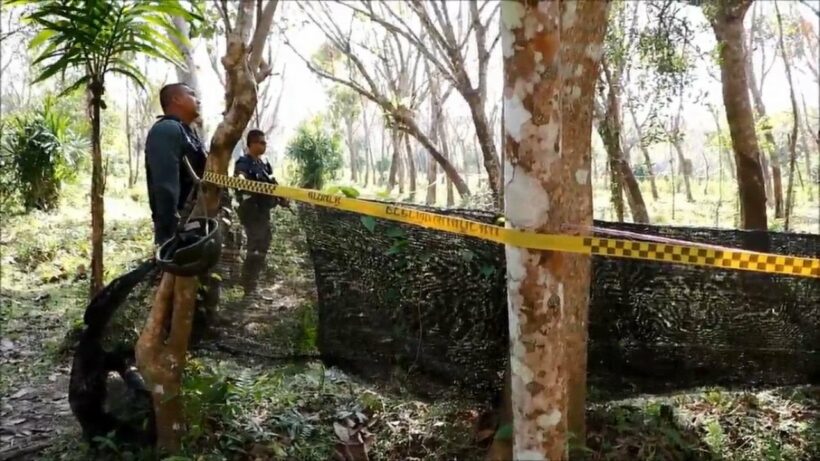 An elderly rubber tapper was shot dead early on Sunday morning in a rubber plantation in Narathiwat’s Yi Ngor district.

Police suspect the fatal shooting might stem from a personal conflict, although they have not ruled out issues related to the deep South’s unrest and national security as a possible motive.
Following a 6.20am report of a homicide, police went to the scene at the plantation in Tambon Yi Ngor. They found only a pool of blood as the body of the 69-year-old deceased man, Ama Adeh, had been moved to his nearby house.

The body had sustained three gunshot wounds to the face, head and right arm.

Police sent the body for an autopsy at a local hospital, and said they would later return it to the family for religious rites.

The initial investigation found that the man was walking to work at the plantation as per his daily routine when unknown culprits opened fire at him, hitting the arm. As he ran toward the house, the culprits shot him twice more, hitting his head and face and instantly killing him.

Time to make her move