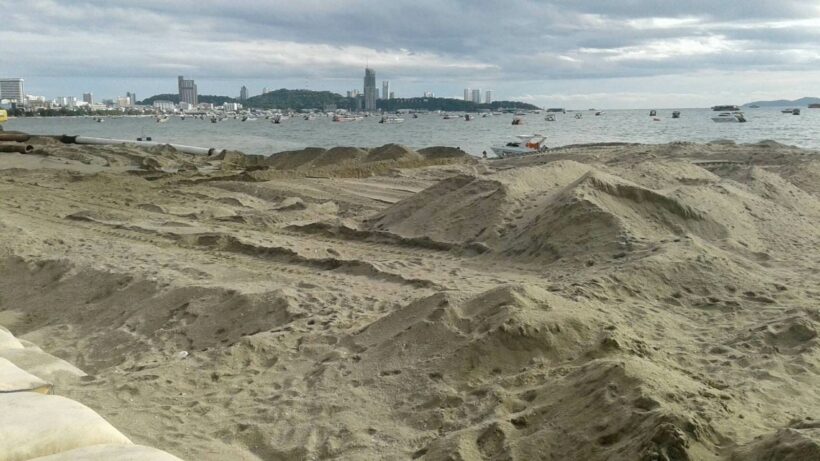 An enthusiastic Pattaya News is reporting that, in relation to the restoration of the beach in Pattaya, it was only a matter of time before the tourists came flooding back to the sands.

The report is from a meeting where it was declared that 400 metres of the restoration work was done meaning that 100 metres was back in the hands of beach operators.

“A further 300 metres will definitely be done by year’s end giving operators a further 100 metre stretch to earn a living.”

The sand is coming from Koh Rangwian in a 430 million baht project to widen the beach by 3.5 metres.

The beautification began near the Dusit Thani Hotel back in January but has suffered some stop/start problems. However, now everything is running smoothly.

Pattaya News said that the “Pattaya Model” will make the resort a top class world beach destination and the new sands will have the tourists flooding back.