Pattaya’s Sawang Boriboon rescue foundation rushed to a housing development to find a French pensioner laying in a pool of blood with head and facial injuries. At the scene they also found the man’s motorbike and a Thai woman fretting over her new Toyota Camry that was scratched on the rear panels.

67 year old Jean Paul 67 was taken to the Pattaya Memorial hospital after the Foundation attended to him at the scene. Witnesses at the Choke Chai 4 housing estate said that the Frenchman’s sight was “not what it used to be” and that the area was badly lit.

He was riding his motorbike and crashed into the back of the Camry.

“He probably couldn’t see where he was going on his Fino that was only slightly damaged.”

Witnesses say 52 year old Chorpraka Witchai seemed less concerned about the man’s wellbeing and more worried about her new car that was parked outside, according to Raksiamnews. She had only taken delivery from the showroom less than a week ago “…now this had happened!”. 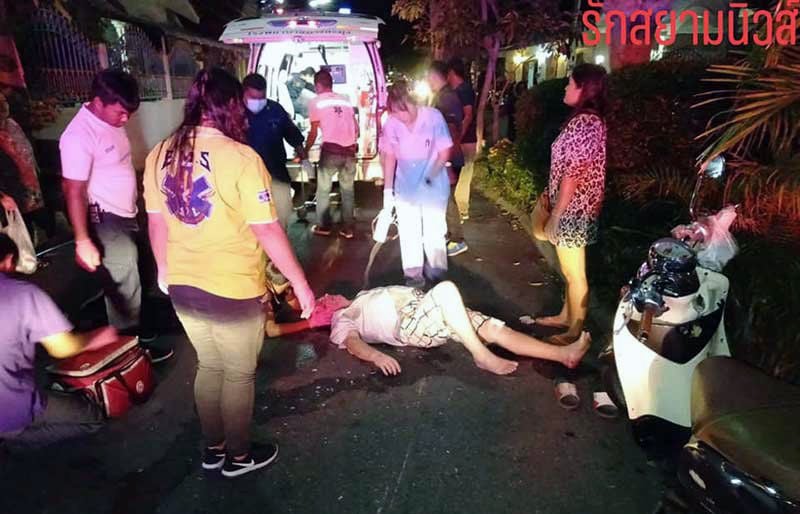