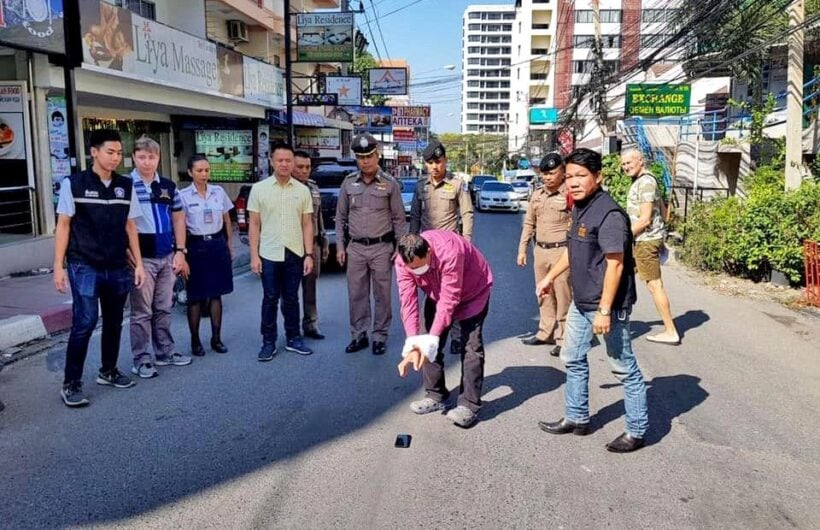 A Thai man has been arrested for refusing to return a smartphone to a Russian tourist who dropped it on a South Pattaya road three days ago.

Apichai said police tracked down and arrested Niyom today after 29 year old Mikhail Sizov filed a complaint with police. He reported that he dropped his phone in front of a restaurant at the entrance to Soi Sinsoi 7 in South Pattaya on Sunday night and believed someone had taken it.

Witnesses told police that they saw a taxi motorcyclist pick up the phone and drive away.

Niyom said someone made a call to the phone after he picked it up but chose not to answer it and took it home before being arrested today.