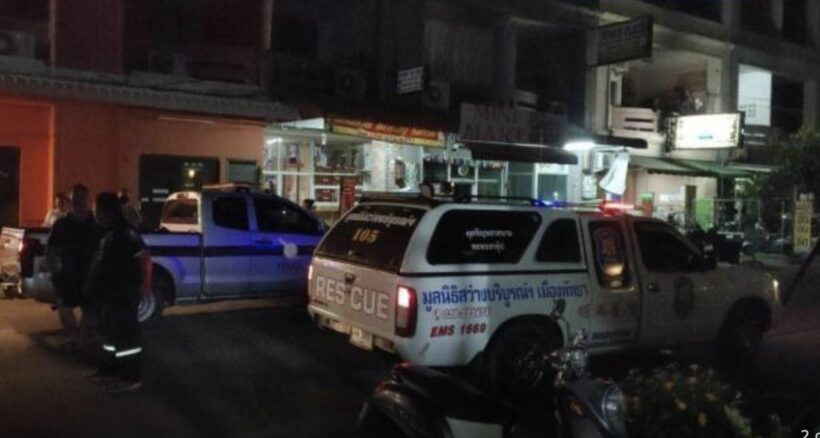 A 45 year old Russian man has been found dead in a Jomtien shophouse. The man was discovered just after midnight today, hanging from the doorknob of his third floor rented apartment. Police say he was due to leave Thailand today bound for Russia. Pattaya City Police were notified of the incident just after midnight by the landlord in Jomtien, just south of Pattaya City.

Emergency responders arrived to find the body of the man. His name has been withheld as the Russian Embassy and the man’s family is contacted. Police report that there was no sign of a struggle or bruises and the room showed no signs of forced entry.

The 44 year old landlord told The Pattaya News that the man was scheduled to take a flight back to his hometown today. He had been stuck in Thailand during the current crisis, taking advantage of the visa amnesty. She said that the man had told here he didn’t know what to do, and did not want to return to Russia.

Pattaya police are continuing their investigation and have notified the Russian embassy and trying to contact the man’s family.