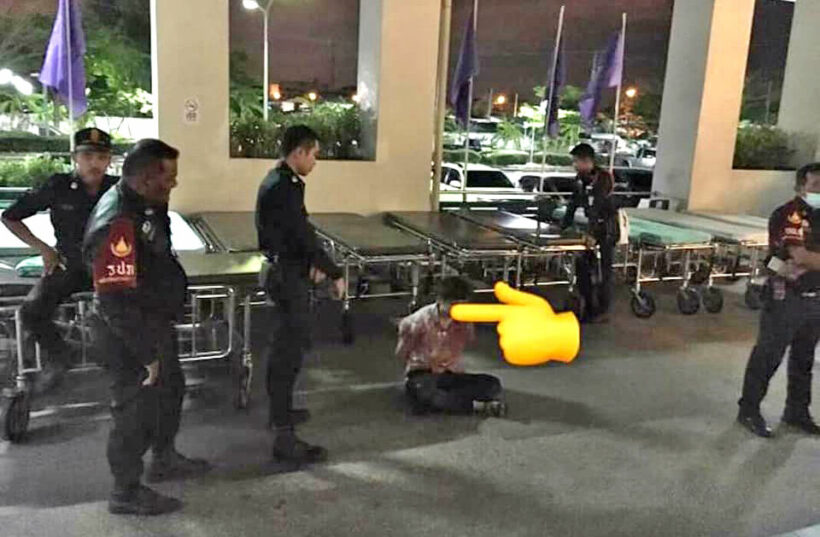 … the story gets better.

A father has posted a story on social media about the travails of his son, a Grab car driver in Bangkok.

The post said that his son received a call to take a customer from Klong Prapa to Muang Thong Thani. But on the way, passing a secluded area, the passenger produced a knife and started attacking the driver after getting him in a head lock.

The Grab driver fought back and the fight continued into the back seat of the car. His son became exhausted but somehow succeeded in calming down the situation and asked the attacker what he wanted.

The driver convinced him that he’d transfer the money to him if the attacker would drive him to hospital where the attacker pretended to be a relative of the driver and waited.

Meanwhile hospital staff contacted the driver’s father so he could sign papers for the necessary surgery for his son.  When the father arrived at the hospital the whispering between him, other relatives and hospital staff soon figured out that the ‘kind friend’ was actually the attacker (dramatic music sting!).

The father discreetly called 191 and got police to meet them at another hospital where his son had been transferred to so he could use his hospital insurance card.

Meanwhile, the attacker was unaware of all the whispering and actually travelled in the ambulance with the victim to the second hospital. Once there the police refused to act because no official report had been made and they were arguing about jurisdictions and who should be doing the paperwork.

Whilst the police were arguing amongst themselves the family beat up the attacker then managed to get the RIGHT police in the RIGHT jurisdiction to act and take the attacker into custody in Pak Kret.

The father explained in his story that the attacker was clearly ‘mentally unstable’ and easy to con.

Sanook did not report on charges faced by the attacker.