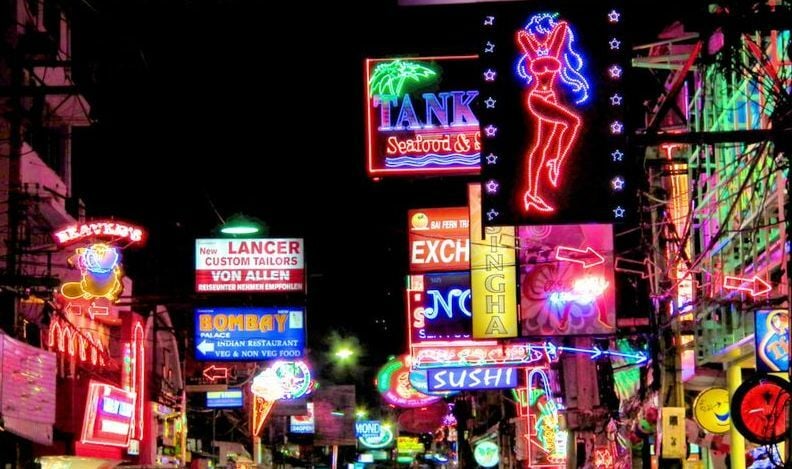 Pattaya City Police reported yesterday that they arrested a ‘restaurant’ manager in Pattaya for allegedly selling alcohol without a permit, opening a venue without a permit, and breaking the Chonburi Disease Control Orders. Only former bars and clubs that have been converted into ‘restaurants’, and have proper certification, are approved by authorities are allowed to operate. Alcohol can be served until 11:00pm.

Police took the manager to Pattaya Police Station. The name of the owner and venue were not given to The Pattaya News.

Earlier this month, an entertainment official in Pattaya called on authorities to move closing times on venues to 1am instead of 11pm. The official was the secretary of the Pattaya Association of Entertainment Venue Operators. The secretary said business operators must immediately hold talks to plan ways to attract tourists back, since some neighbouring countries have scrapped quarantine requirements to attract tourists. He said that in Thailand tourists from Europe and the US are coming back, and venues in the central walking street should be ready to reopen as restaurants to welcome them back.
Phuket authorities launch campaign against dengue fever in schools

longwood50
Can't wait for the lineup of evidence.

Soidog
10 minutes ago, longwood50 said: Can't wait for the lineup of evidence. I would imagine a team of 20 police will have to return to the restaurant several times over the coming weeks to re-enact the crime. All costs on…
Malc-Thai
'Only former bars and clubs that have been converted into ‘restaurants’, and have proper certification, are approved by authorities are allowed to operate. Alcohol can be served until 11:00pm.' utter rubbish .. i know its not pattaya but here in patong bars (sorry I…
Manu
3 hours ago, Soidog said: 😂😂. Really? I need to get my watch checked out. I’m sure Me and a group of friends were drinking openly until 1am a couple of weeks back and a group of police turned up…

Soidog
35 minutes ago, Manu said: I was in a bar there in January, it was just passed 11pm and as we were finishing our last drinks, 4 uniforms entered the place, sat at the bar and drinks were put in…