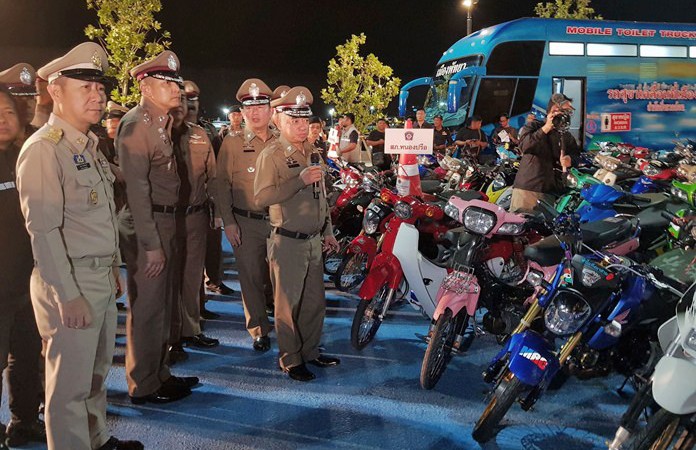 Nearly 200 motorbikes and as many people have been arrested in a crackdown on racing in areas around Pattaya. Regional police arrested more than 200 people for racing or selling parts for modified motorcycles in a province-wide sweep.

Police announced that 186 motorcycles had been seized and 203 people arrested at a news conference at Bali Hai Pier. Police say the coordinated crackdown by district administrators, soldiers, tourism police and officers from 23 police stations was in response to orders from the government to crackdown on young motorbike racers and the suppliers of equipment to modify the bikes.

159 racers aged between 13 and 63 were apprehended. Two of them failed drug tests and face additional charges. Authorities also arrested the administrators of two Facebook pages – 19 year old Witchayut Riyaphan and 27 year old Subsakul Mingphan – and charged them with using the social media to encourage the others to race illegally.