A female driver has died and seven others sustained injuries after a sedan collided with a shuttle bus in Chon Buri last night. A snake was also a victim of the incident.

Banglamung Police were notified of the incident on Rong Poa Road in Banglamung, Chon Buri last night. Police and emergency responders arrived to find a damaged shuttle bus overturned in the roadside ditch. Seven people inside the bus sustained injuries. Nearby they found a damaged sedan. Inside they found the body of a woman who was later identified as 45 year old Panghom Maingam.

The 38 year old shuttle bus driver says the sedan was trying to avoid something when it collided with the bus. However police are continuing their investigation into the fatality. 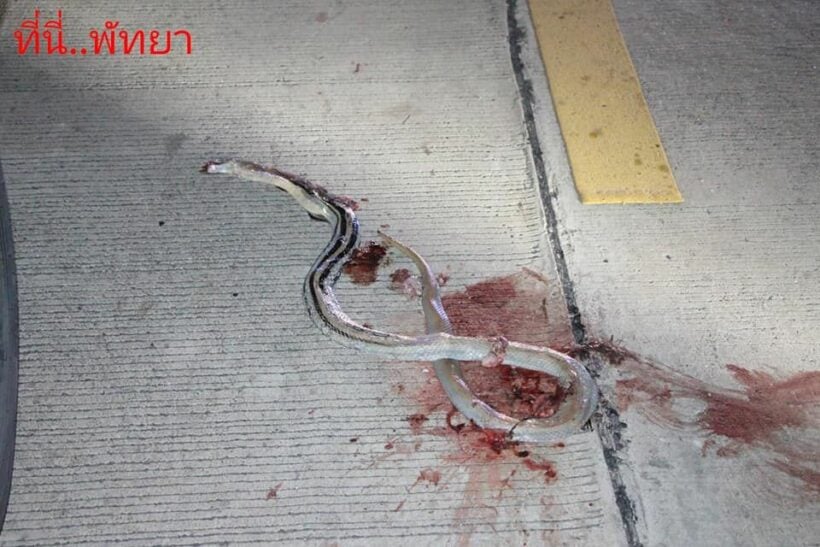 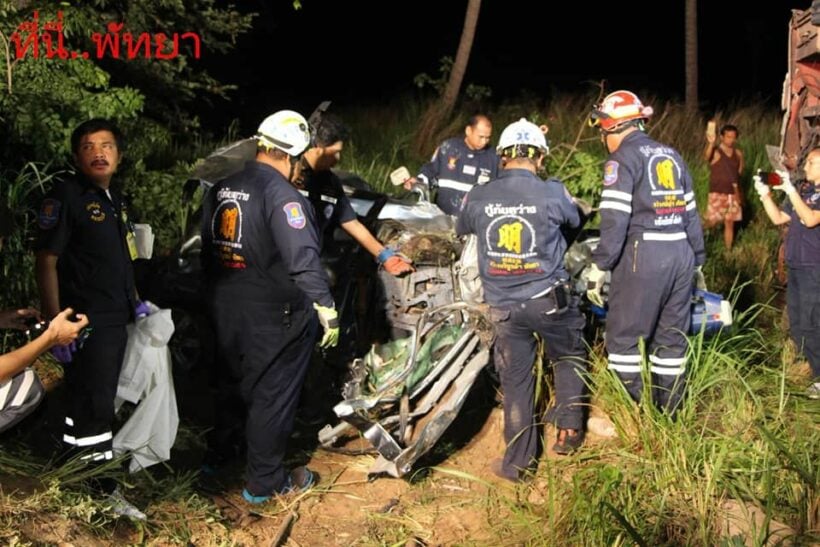