Heavy thunderstorms in and around Pattaya yesterday caused major flooding and brought much of the resort town to a virtual standstill. The rains hit around 2pm and lasted for about 2 hours. The heaviest flooding was reported on Soi Khao Noi, Pattaya Beach Road, and Pattaya Third Road. A video of the flooding can be seen HERE.

Water on some road surfaces ranged from about 50 centimetres to over a metre deep. Traffic was backed up along major arteries for several hours. Traffic police were dispatched to multiple areas to restore order and help direct traffic.

A black sedan was reported stuck in a flash flood near the railway road and Soi Khao Talo, with the water level reportedly almost reaching its roof. The driver and the passenger were safely rescued with help from local residents and traffic police.

It took about an hour and a half after the rain stopped for the water level to fall to passable levels. 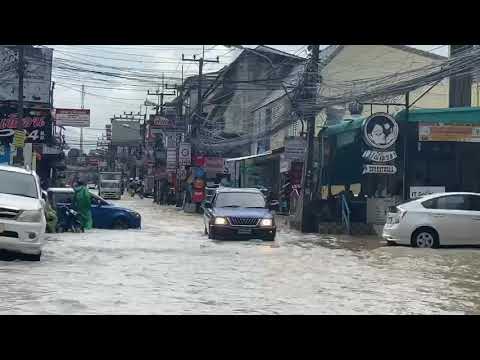 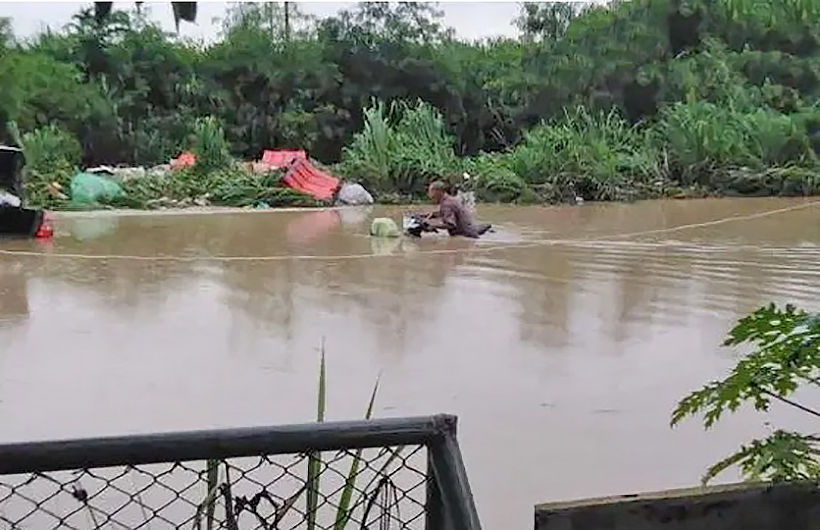 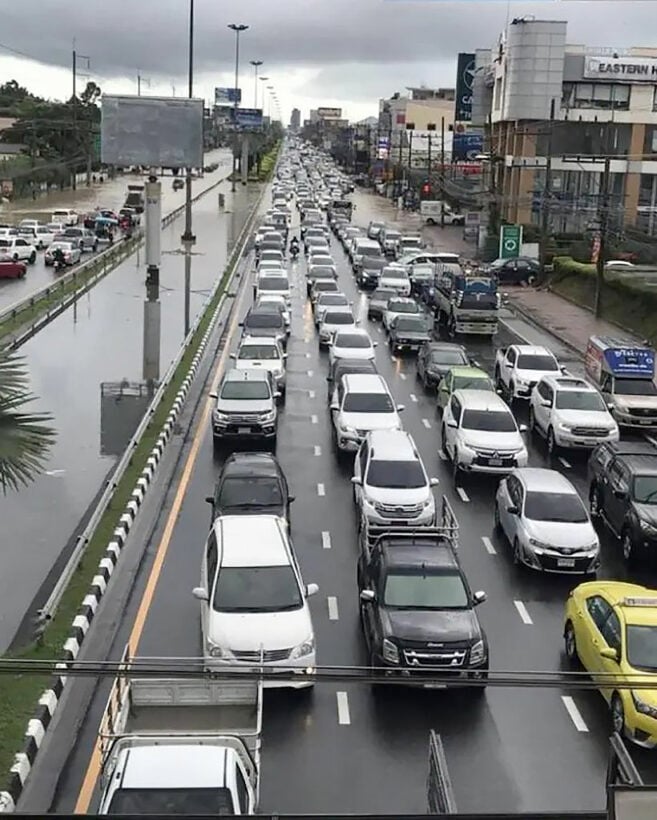