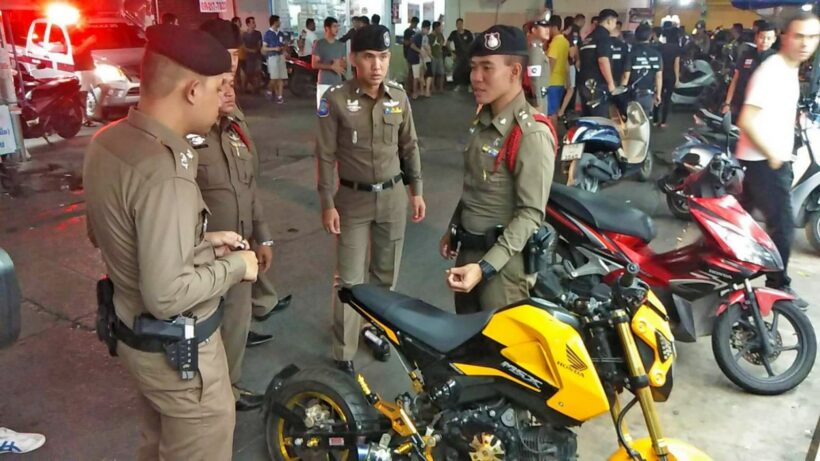 A team of more than 50 Pattaya police plus local Tourist police have detained a group of middle-eastern motorbike racers after blocking access to Soi VC and Soi Yen Sabai as the group were riding round on their modified motorbikes. The police action happened on Sunday.

After spotting the police some of the youths casually tried to park up their motorbikes in nearby hotel car parks in a bid to avoid detection, while others questioned the police as to why they had been stopped.

Police told the group they had received complaints from local residents about their loud motorbikes and that if they continue to race around the streets of Pattaya they will face legal action.

Police say this is the start of a crackdown on the middle-eastern motorbike racers who ride their loud motorbikes around Pattaya late at night and who have been the subject of an increasing number of complaints from locals. They say they will start confiscating bikes from the riders, but will also target the owners of the motorbikes who have rented them to the youths, as well as going after those who modified the bikes. 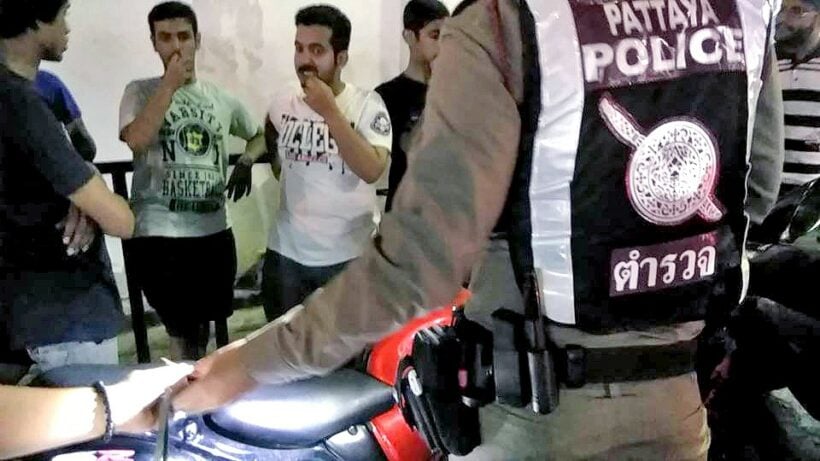 Thai and Chinese clash over damming of the Mekong