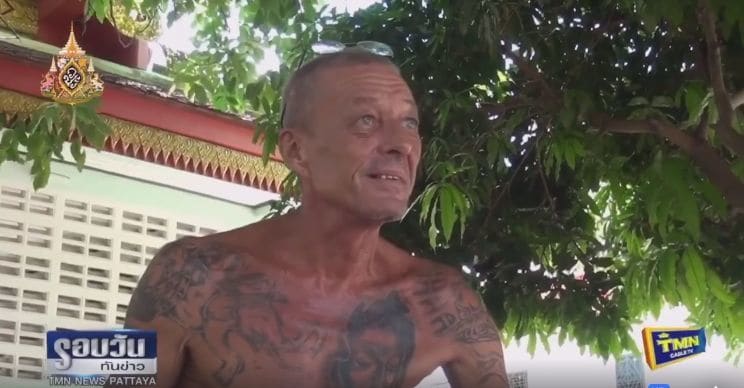 A Swiss man has shared his story of love-gone-wrong-in-Thailand to TMN Cable TV in Pattaya. It’s a story of riches-to-rags, a story all to common and another cautionary tale of expats seeking love and companionship in the Land of Smiles.

Now Tony Niko, originally from Switzerland, is sweeping up at a temple in Jomtien, south of Pattaya battling to make ends meet each day. But it wasn’t always like this.

According to TMN, he used to earn at least 300,000 baht a month running a building extension firm in his home country. He employed 50 people. Then he decided to come to Thailand. He says he was the “‘ when he met the love of his life on Walking Street, Pattaya (the first of many ‘aha’ moments in the story).

The happy couple spent seven years together. As the story goes, Tony bought her a house, a car and a land in Rayong. Tony financed a new laundry business for her as well. Tony told TMN Cable TV that he had a nest egg of 10 million baht in Thailand in the early days. Surely, along with their local businesses, the money would be enough to last.

Then Tony asked her the big question. He proposed to Leuchakorn for the pair to be married and continue living in wedded bliss, Thai-style.

According to the story Leuchakorn then told Tony that she couldn’t marry him at the she was going to work ‘up country’. The house and land were sold, of course in her name, and then (roll the drums)…

And that’s about it. Tony says he has nothing left and searched for Leuchakorn for three years, but to no avail.

He says he still loves her and wants to be re-united and continue their life together. For now he lives at a local temple and helps keeping the grounds clean whilst being helped out by some locals who know him.

Tony is now 56 years old, intends to keep living in Thailand and says he has nothing but that he is ‘happy’. 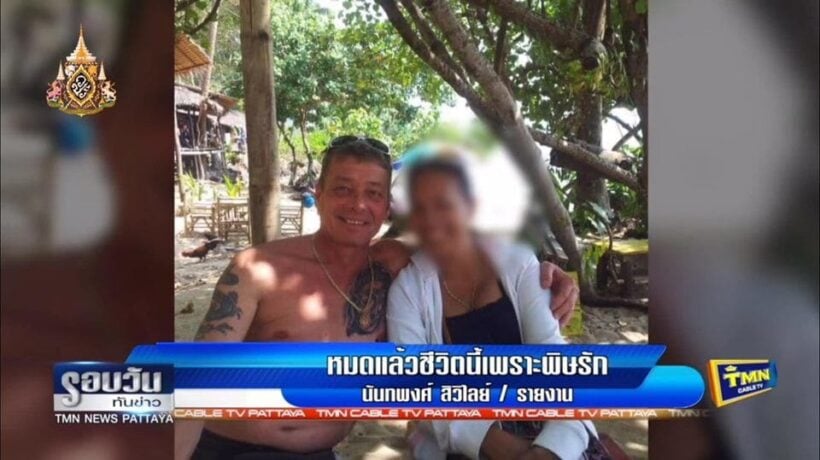 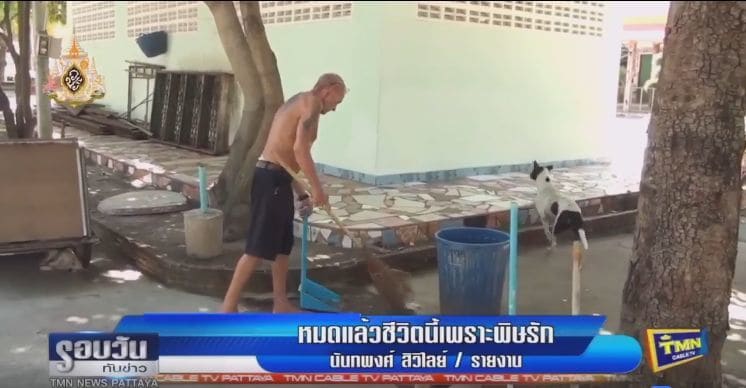