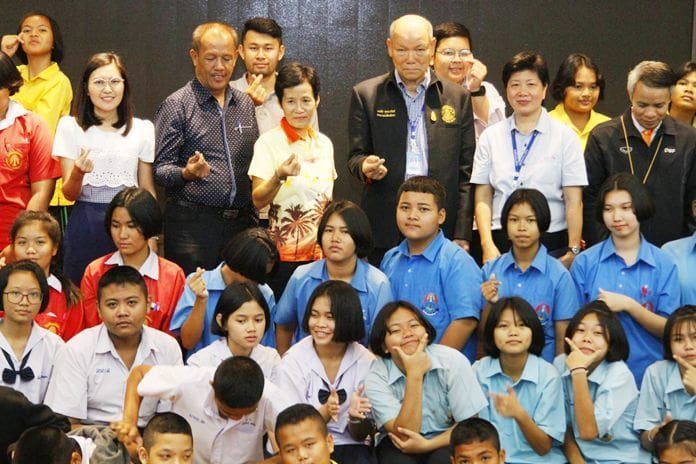 Pattaya students and social workers are learning how to look out for, and eliminate, domestic violence against women and children. The seminar was held at the Pattaya City Hall last week.

The Pattaya Mail reported that Wisit Pondok and his team from the Department of Women’s Affairs and Family Development spoke to the 100 students and 100 other social workers at the January 17 and 18 seminar. Women’s advocates and other groups spoke about the history of domestic violence in Thailand and what can be done to eradicate it.

“Battering of wives and children has been a chronic problem in Thailand for generations, but in recent years the abuse has become more severe with some cases ending in mass murder, as has happened twice in Thailand since New Year’s Eve.”

Participants heard that abuse can be physical, mental, verbal, or sexual and, too often, society viewed abuse as a personal matter and refused to get involved using the excuse that “it was not their business”.