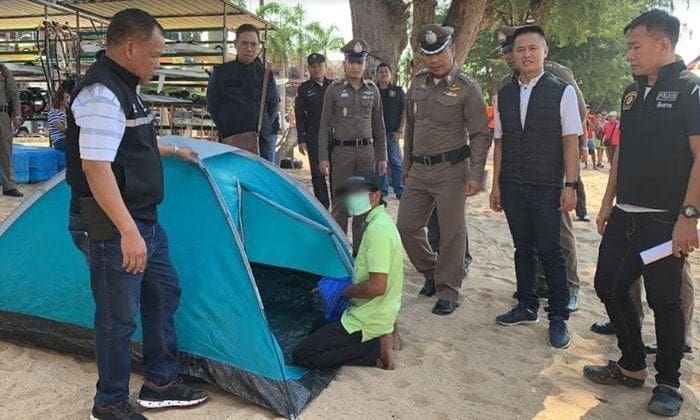 An 18 year old man, who was staffing a jetski and beach equipment rental business a on Jomtien Beach south of Pattaya, has been arrested for the rape of a minor.

The original story about the offense HERE.

He gave the victim 40 baht following the rape, after promising her 500 baht before the incident. He said she had smiled when he asked her for sex. He says he believes that indicated consent.

Pattaya police succeeded in following 18 year old Adisak to his accommodation in the Klong Dan district of Samut Prakan, south east of Bangkok, where he was arrested on Saturday.

The Pattaya police chief says Adisak had talked to the 14 year old girl and offered her 500 baht for her time. Once inside his tent he asked for sex. When she smiled he raped her, according to the police report.

After he had finished he gave her only 40 baht. He claims that this was what caused her to go to the police, according to the Sanook report.

Pol Col Apichai said it was a serious offence and that Adisak was being charged with rape of a girl under 15 and illegally detaining a minor.