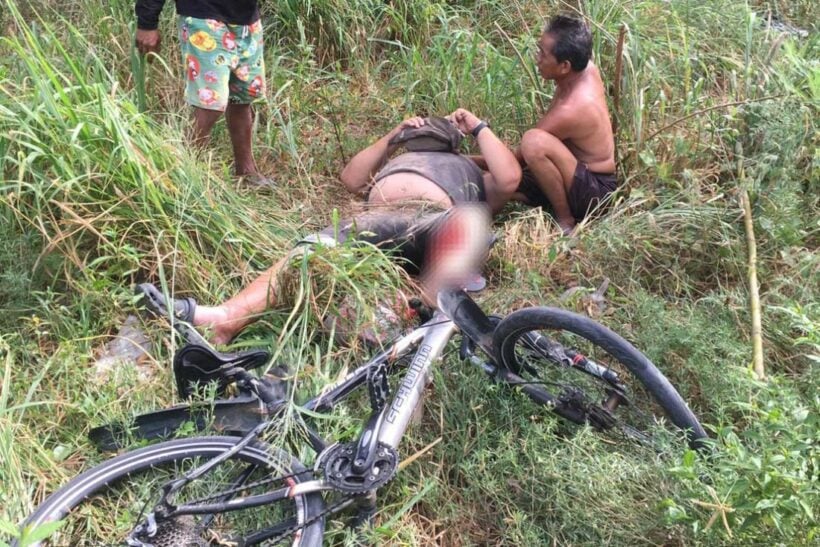 The incident happened near an elephant village in Pattaya.

Bangkok Post reports that Hans Dieter Sherding was found laying on the road near a forest in tambon Nong Prue. Members of the Sawangboriboon Thammasathan rescue foundation provided emergency first aid before he was rushed to the Bang Lamung Hospital.

47 year old ‘Boonsom’ who works for the Pattaya elephant village, says the German rode along the same road every morning. He told police that a 38 year old bull elephant ‘Phlai Kham Khun’ was in the area and was close to the road where the man was riding.

The man had been warned about the elephant but had stopped to watch the beast who suddenly charged towards him and then gored him with its tusk.

The elephant’s mahout ‘Bird’ says he had been washing the elephant with tourists earlier but Phlai Kham Khun ran away from his care. He told police that he had bought the elephant a month before for a million baht.

Vets from the Noen Phlap Wan Animal Hospital headed to the scene and shot tranquilliser darts at the elephant to calm him down. 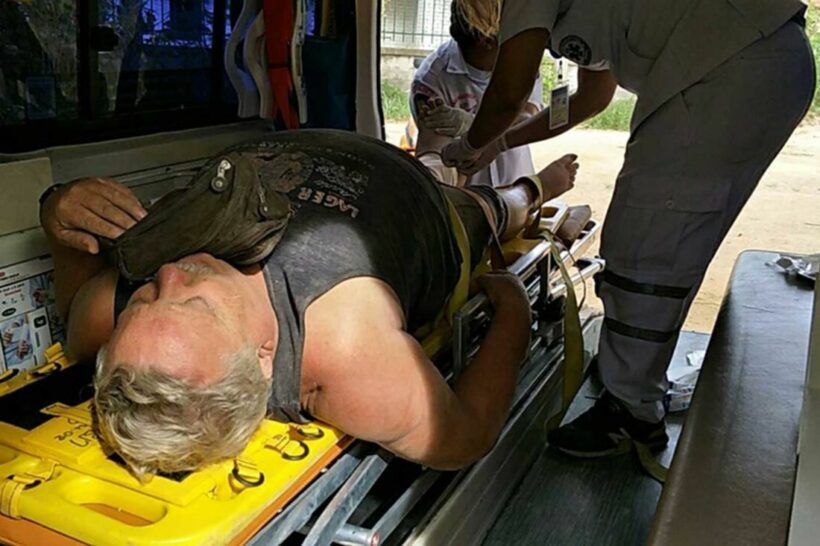 Is it a motorcycle? Is it a delivery? Is it a taxi? No, it’s Line Man