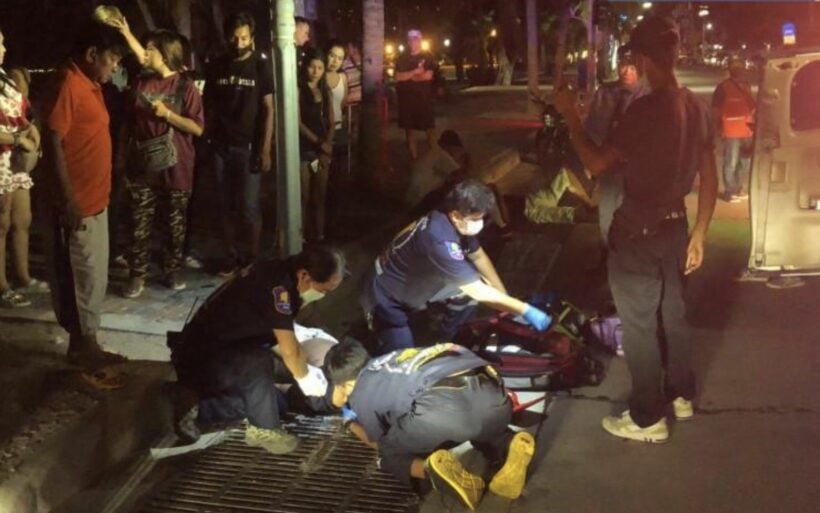 A US citizen has been hit by a motorbike around 1am on Pattaya’s Beach Road. The driver of the motorbike was also seriously injured in the incident.

The American’s name has not been released by Police at this stage. When Sawang Boriboon Rescue responders arrived they found the American in shock with severe head injuries. But he was conscious at the time. He was transferred to the Pattaya City Hospital for further medical attention. He was able to identify himself to the rescue workers.

The motorbike driver, apparently a Thai national, according to police, was aged around 35 years, and had no ID with him. He was more seriously injured and unconscious when he was found, and was rushed to hospital in a reportedly critical condition. He was not wearing a helmet.

Pattaya Police are reviewing CCTV in the area to ascertain what happened. One witness told police that several lights were not working in the area which could have contributed to the incident.