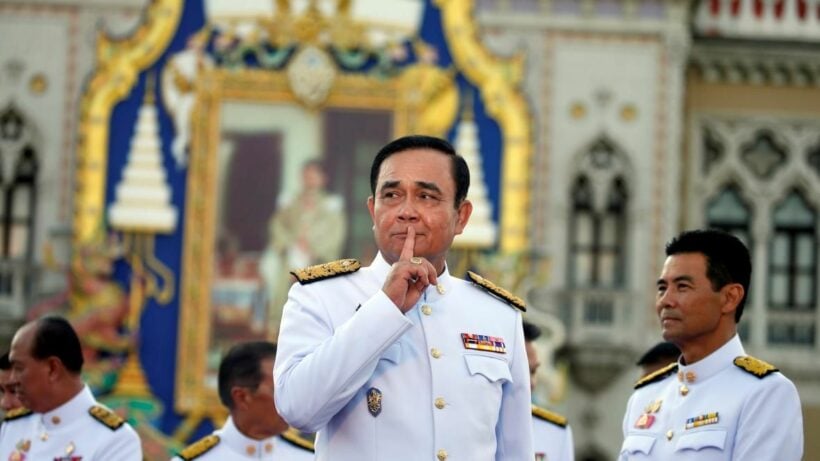 Thai PM Prayut Chan-o-cha has scoffed at a range of rumours circulating in Thai media. Firstly he laughed off the reports of another military coup, telling a packed media conference yesterday that the rumours “were pure nonsense”.

The ‘theory’ behind the rumour is that a staged coup d’état could help quash the rising tide of student and opposition protests. Thailand’s quasi democratically-elected coalition, and the appointed Senate, are either former army cohorts or, at least, sympathetic with Thai Army and loyalist sentiment.

At this stage the protests have been largely peaceful, but the rise in numbers at demonstrations, and their dragging of the role of the Thai head of state into the protest demands, is causing concern for the country’s conservative elite.

Prime Minister Prayut Chan-o-cha was the former leader of the Thai Army that led the May 2014 coup that eventually acquiesced to a national election. The new Government, along with the Senators, appointed the former head of the Army and nominal Thai PM, to the prime ministership of the elected coalition. So the media’s theory is that any ‘coup’ would be an inside job.

PM Prayut went on to say he would “cure” the unemployment problem in the country. Unemployment has been a clear and present danger to a revival in the Thai economy, especially with Thailand’s lucrative tourist industry mostly ‘on hold’ at this time.

The PM said the government aimed to help not just business giants but also SMEs and small retailers, without providing details on how this would happen..

He also said the Thai government “does not plan cash handouts of another 3,000 baht to Thais”, calling this another rumour. The new round of stimulus, an e-bank fund of 3,000 baht for every Thai citizen, with a daily cap of 100 baht spending, has been broadly reported in the past 24 hours.

The 3,000 baht cash handout has not been talked about at Cabinet meetings.”