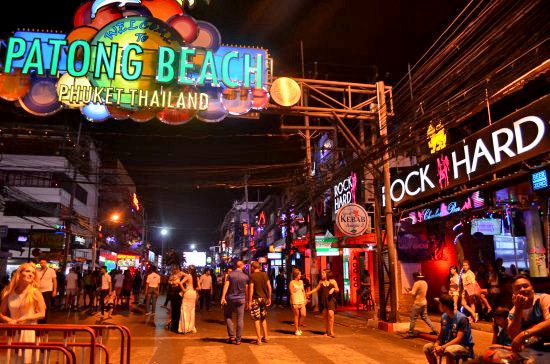 The Patong Entertainment Business Association has weighed into the Patong Bribery scandal insisting that the the issue will never be solved unless the laws are changed – specifically the laws that will allow them to stay open longer.

The President of Patong Entertainment Business Association, Weerawit Kruasombat, says that the law should be changed and the entertainment venues should be allowed to close at 4 am as bribes have been paid from the businesses in order to extend their closing time.

“This has happened for a long time. We have called for a change many times but our requests for longer opening times are being ignored. This is the weak point of law enforcement that creates bribe opportunities. The bribes do not concern the police only, but many government sectors around the island.”

“It is not difficult to solve the bribe problem. Transferring police to inactive position or to other provinces will not solve the issue unless the government solves the problem from the core. We are offering the government to extend the closing time and increase the punishment of the government officers who solicit and accept bribes.”

“Changing the law is the real solution. The operators shall be able to open until late which will satisfy the demands of tourists, especially in Patong”.

“For example, the venues that open longer hours than others should be paying more taxes; this will allow them to work legally and the money also goes to the government to develop the country. This way, when there’s illegal action such as underage customers, weapons or fights, police can enforce the law properly.”

SATURDAY MORNING BRIEFING – All your local news in 3 minutes