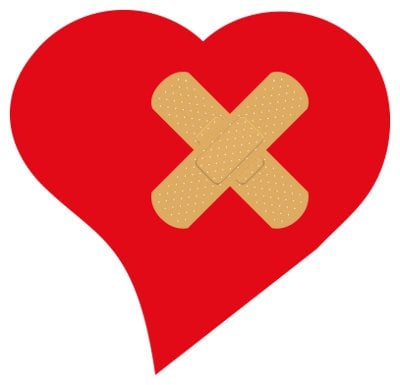 PHUKET: Three sad tales of love gone horribly wrong blot this week’s Weird World news line-up, from a husband who shot his wife and dogs over a poop row, to a man who divorced his wife because she’s “annoying”, to a jealous boyfriend who killed his lover over her cyber affair.

A TEXAS man shot dead his wife and two dogs after one of the pooches pooped in his house, police said.

Michael Stephen Stolz, 76, was arrested after a five-hour standoff with police at his home in Lewisville on Tuesday, Reuters reported.

He was charged with the murder of his wife Bernice, 49.

Stolz told police he shot his two dogs after one of them, a German Shepherd, pooped on the floor, and because his wife was screaming so loudly, he shot her too.

But it wasn’t until Bernice failed to show for work this week that her employer called the police. At the Stolz house, officers were suspicious of the husband and smelt what they believed to be a decomposing body.

They called in SWAT to help persuade Stolz to surrender, but eventually had to use a remote-controlled robot to enter the home. Inside, the cop-bot found Stolz unarmed and lying on the floor.

Police found the bodies of Bernice and the two dogs in the kitchen. Stolz said he had also planned to kill himself, but ran out of bullets.

A BRITISH man wants to divorce his wife because they can’t stop arguing about their TV aerial, washing machine and what kind of meat they eat.

Susan Rae has appealed her husband’s case of divorce due to “trivial” grounds, The Telegraph reports.

She claims they merely had normal squabbles.

She said that they do still like each other while disputing her husband’s divorce application at the Court of Appeal, London, this week.

Lord Justice Thorpe said he felt sad that the 20-year marriage had broken down, but that a ruling in favor of the husband was the only “realistic outcome”.

Mrs Rae said that her husband suffered from depression and this had made him less tolerant to normal disagreements.

Moving the TV aerial, taking the fuse out of the washing machine and throwing away Mr Rae’s packed lunch were some of the things that sent Mr Rae over the edge, she said.

A BRITISH woman was murdered by her boyfriend after he found out about her internet-sex alias, Sindy Sox, a court heard this week.

While trying to dispose of the body the next day, he crashed his van and was caught, the court heard.

Ms Rees told a friend about her relationship with a man she contacted on an internet message board, The Telegraph reported.

After online flirting and the mystery love interest inviting Ms Rees on his airplane, Doyle found out about the affair.

He told the court his memory of the night Ms Rees died was “hazy”.

Doyle is accused of stabbing Ms Rees with a kitchen knife that went 10.2 centimeters into her abdomen. It is thought that he then used a leather bra, then his bare hands, to strangle her to death.

Doyle admitted that she was still making gasping and gurgling sounds when he dumped her into his van.

The next day, as he was driving to dispose of the body, he hit a traffic island and punctured one of the van’s tyres. Undeterred, he sped on until the tyre was shredded and he was driving on the rim. He soon crashed the van.

A nurse who stopped to help was shocked to find the body of Ms Rees in the front seat, cold to the touch and obviously dead for some time.

Big-headed driver gets away with it