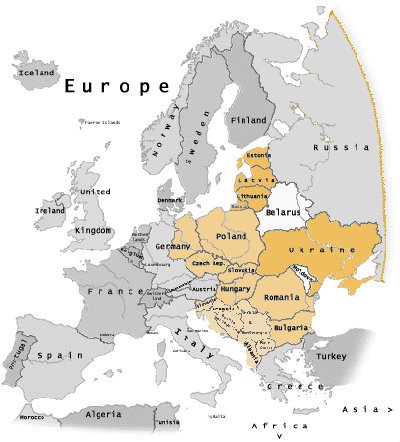 PHUKET: Eastern Europe caught the attention of Weird World News this week, with a fine display of odd-ball antics served up by Poland, Bulgaria and Estonia.

Hitler’s Wolf’s Lair up for rent

HITLER’S massive fortified base, The Wolfe’s Lair, has gone on the rental market in Poland.

The site, where the Nazi leader spent most of World War II and a famous assassination attempt on his life took place, is now available to rent for about 4.4 million baht a year.

Located in a secluded forest in the east of the country, The Wolfe’s Lair is a 13-hectare area which, during WWII, was in German East Prussia.

The Wolfe’s Lair was the nerve center of the Nazi operations to the Eastern Front from 1941 to 1945. With bombproof bunkers, Hitler’s henchmen commanded a force of 2,000 security personnel to guard the site.

Today, the Polish Forestry Service that owns the camp is searching for a suitable tenant after a 20-year lease recently expired, The Telegraph reported.

German forces, beaten into retreat, dynamited most of the bunkers in November 1944, but the remains of the site are still a popular tourist attraction, with about 180,000 visitors a year.

Plans are in motion for a new hotel and restaurant near the site to cater to tourists.

The site was also where Count Claus von Stauffenberg tried to kill Hitler at a staff meeting by concealing a bomb in a briefcase in July, 1944.

The only reason Stauffenberg failed was a last-minute change of venue for the meeting, and because the briefcase was moved away from Hitler seconds before it exploded.

Known as the July 20 Plot, all conspirators were executed within days of the bungled assassination attempt.

A BULGARIAN football referee this week took charge of a friendly match between two top-flight teams using a false name. Why? Because he was banned by the country’s football association.

He took charge of the match between Werder Bremen and AZ Alkmaa, state television BNT reported.

Luchezar Yonov reportedly pinched the name of another Bulgarian referee to dupe authorities.

Yonov and his assistants, Petar Tarulov and Emil Mitev, were among the referees who were suspended in 2011 for officiating at international matches in South America without informing the BFU, Reuters reported.

One Bulgarian referee said Yonov was a sneaky fellow.

German club Werder beat their Dutch opponents 2-1 in the match held in Turkey, but there were several dubious referee decisions, including 10 minutes’ extra time, a controversial penalty kick decision and a free kick in the 9th minute of extra time.

SCUBA diving in Estonia in January is so miserable that heated swimming pools are the new ‘cool’ sites to dive.

While ice covers reservoirs and the best dive sites are almost inaccessible due to the bitter conditions, Estonian divers are now finding their thrills playing checkers in the tepid confines of public swimming pools.

On Sunday, 42 divers from all over Estonia gathered for the third championship of underwater checkers, but it seems the divers were more interested in the diving than the board games, The Telegraph reported.

Any diving enthusiast can take part in the event. With no age or gender restrictions, this is one competitive activity even grandmother or grandfather can enter.

The underwater checker player is allowed six minutes per game, but staying submerged at the bottom of the pool is where most beginners find trouble.

A year ago the same divers’ company set the Guinness world record, with 55 contestants playing checkers underwater at the same time.

Weird World News: Sweden officially recognizes a new religion; a pastor lets a tattoo parlor set up shop in the Lord’s house; and a UK mayor pays for not judging jack-o-lanterns