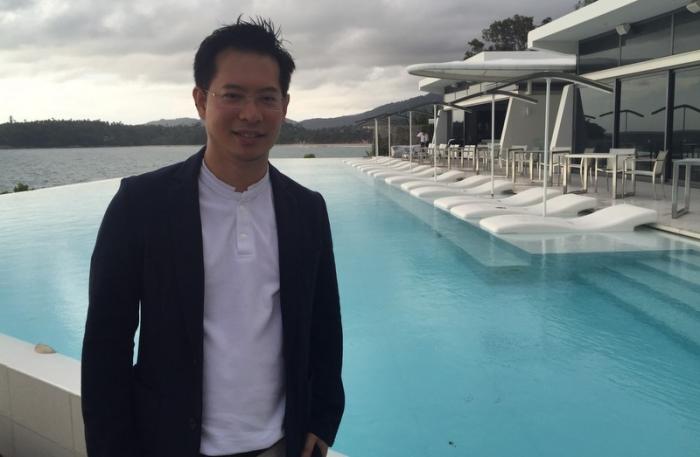 Here, he talks about business options in Phuket and why it is a good place to invest.

Prime Minister Gen Prayuth Chan-o-cha officially visited Phuket last month in order to chair the grand opening ceremony of the new airport terminal, as well as Startup Thailand and Digital Thailand 2016. His visit was interesting to both Thais and foreigners, as many wondered why he was paying this much attention to Phuket, and especially why he flew down here himself.

The answer is simple. Startup Thailand is one of the country’s most important strategic ventures. It is a mega-trend that people worldwide are interested in. The Thai government has shown great vision by investing in this field. Gen Prayuth even flew to China to meet and discuss the future prospects of Startup Thailand with Jack Ma, the Chairman of Alibaba Group.

Most people I interact with say they want a house in a tourist province such as Phuket, whether they are investors, businessmen or otherwise. While others ask me what is so special about living in Phuket or owning property for investment purposes. Here is what I have to say to them.

What makes Phuket outstanding as compared to other cities, both in Thailand and abroad, are the beautiful beaches. This is why Hollywood celebrities regularly fly to Phuket for their holidays.

In addition, local people are very kind and people in Phuket speak in English, more than most people in the rest of Thailand. Besides the beautiful beaches, Phuket has also been named as a City of Gastronomy by UNESCO. Additionally, the cost of living is not high when compared to other tourist destinations in the world. Moreover, there are two other neighboring provinces that are also beautiful, which makes it an ideal location to travel to.

Phuket is located in the hottest region at the moment. While other countries are trying to keep their economies from falling apart, Asian countries are prospering, particularly those in the Asean Economic Community. There are many foreigners living in Phuket for that very reason. Many families have settled here, or their kids study here while one or both parents work in China, Hong Kong, Singapore, Vietnam or Indonesia.

Phuket has an international airport that is able to support thousands of passengers. Because of the close proximity to Phang Nga, it is easy to deliver supplies to the island, either by land or boat. Phuket is one of the marina hubs in Asia and has caught the attention of millionaires around the world. This is our strongest selling point. We also have experts in yacht maintenance as well as luxury hotels, spas and good food.

Phuket is also on its way to becoming a medical and healthcare hub. We have affordable aesthetic and beauty treatments, and excellent service during and after treatment.

Phuket has several Thai and international schools providing a high standard of education. The culture of these schools is becoming increasingly global, which helps students think outside of the box. So it is an ideal place to start a family.

Phuket is expanding, but one of the problems we face is limited land supply. The only way to expand further is into the sea, Therefore land prices in Phuket are going up rapidly.

Phuket people are capable of moving the island forward. They don’t sit around waiting for the government or anybody else to step in. There are many young and enterprising investors in Phuket, who have a great vision for improving the island and helping it keep up with the rest of the country and the world.

Keep in contact with The Thaiger by following our Facebook page.
Never miss out on future posts by following The Thaiger.
News Categories:Opinion
Related Topics:
Up Next

Opinion: Mourning a much loved Monarch

by David Jackson Monday morning and I’m on the home straight assuming I pass my final Covid test that I took yesterday morning. The situation hasn’t been too bad over the weekend as I was allowed outside into the hotel’s garden area for 40 minutes each day. On Saturday the threat of rain caused the nurse to request my early return to my hotel room, presumably the paranoia of any possible illness caused her some consternation; luckily the rain didn’t materialise and I stayed outside, I am a Brit… rain happens! It certainly feels good on the eyes to see […]

OPINION Thanks to WB for sending us this response to earlier article. The views expressed by WB do not represent The Thaiger, its management or staff. Prostitution is not illegal in Thailand, although many activities associated with it are (brothels, pimping, causing a public nuisance, etc.). Nevertheless, it was estimated to be worth US$6.4 billion a year in revenue (2015), accounting for a significant portion of the national GDP – Wikipedia. Thailand faces a grim choice. It can have tourism with widespread Covid or it can stay closed up, but it can’t have tourism without Covid … there is no […]

OPINION The possibility of Thailand being sliced into 2, with a canal running east to west through the middle of the Isthmus of Kra (the Thai section of the Malay Peninsula), is back on the table. There’s a lot of heated response from readers, for and against the plans. Is there an economic model to support the new canal? How much time and money would it save? Is a ‘land bridge’ a better option? How would Singapore (the biggest loser in the project) react to the project if it went ahead? We published a response to a ‘land bridge’ alternative […]