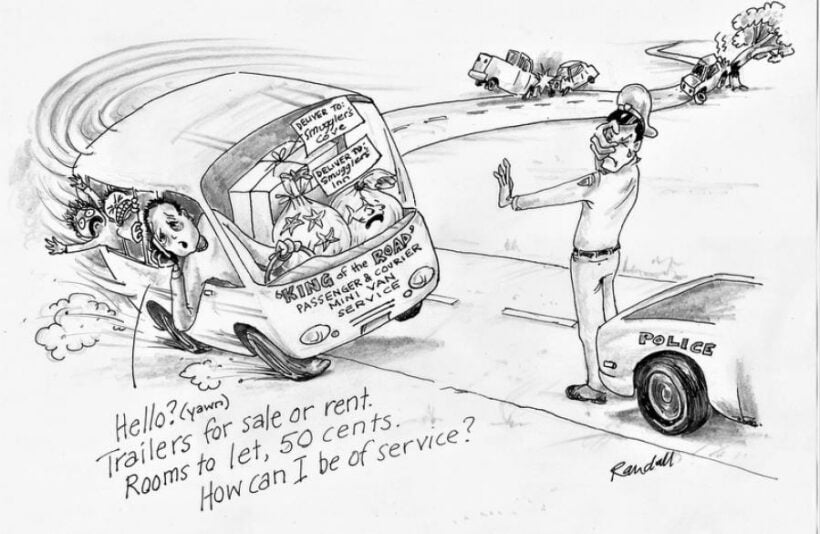 PHUKET: The recent arrest of a bus driver en route to Phuket with over 1,000 protected marine creatures raises a number of important issues that should be addressed by authorities.

First is the issue of Thai law enforcement’s ongoing struggle to preserve what little remains of our natural resources.

One week we read that a foreign tourist is behind bars for feeding breadcrumbs to fish inside a marine national park. Then, a few weeks later, officials recover 1,000 specimens of protected species under transport on a public bus. A Hollywood scriptwriter specializing in dystopian sci-fi fantasies could not make such stuff up.

The driver was charged, but there was no indication that he spent any time behind bars. If the driver was really unaware that his delivery was illegal, then we feel sorry for him, because he is not only very ignorant but also got caught holding the bag while the real culprits remain at large, as usual.

Sandwiched between these events were a number of other reminders that our marine environment is in serious decline. These include the discovery of a dead sea turtle at Surin Beach on June 2 (story here), just two days after the decaying carcass of a whale was found at the same location (same here).

We understand that such events are anecdotal and that the whale might have died of natural causes. That doesn’t seem to be the case for the turtle, however, which had a lacerated flipper consistent with a propeller strike, not to mention a stomach full of plastic and foam debris.

Vans have largely taken over from buses as the main form of inter-provincial public transport in the South. The government needs to do something to address their substandard driving. The drivers text and talk on their phones even while overtaking other vehicles.

To supplement their incomes, drivers also run side services delivering parcels, all too frequently screeching to a stop by the side of a highway to pick up or deliver packages that might contain anything from C4 to starfish, as this latest episode shows.

Simply putting an end to their distractions from sideline work would be a quick, easy way to improve passenger safety and allow real delivery services to compete on a level playing field.