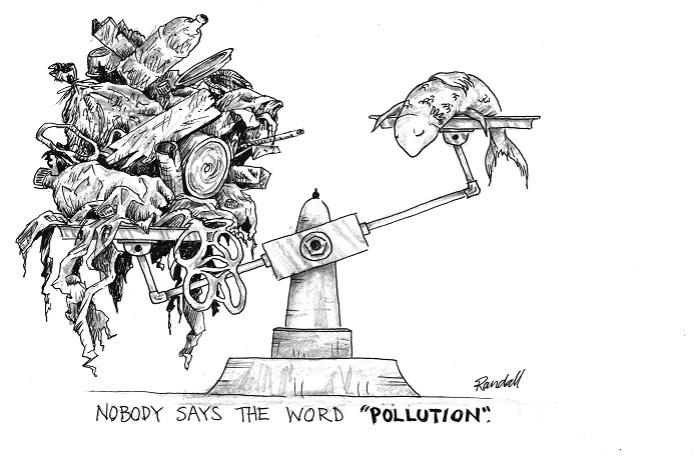 PHUKET: The current government has made a commendable effort in convincing the European Union (EU) and other international observers that it will impose some order over illegal, unreported and unregulated (IUU) practices in the Thai fishing industry. The fact remains, however, that bureaucrats from Brussels to Bangkok have little to no control over the commercial forces that are turning our seas and oceans into vast repositories for the signature refuse of modern ‘civilization’: plastic debris.

This week’s edition provides a sobering overview of the ever-worsening calamity that is a primary symptom of our collective inability to control our actions – to act in a moderate, sustainable fashion to respect and maintain the environment that supports us all.

It is sad that in a country that announces Buddhism as the state religion, the real teachings of the Buddha, which comprise an almost perfect prescription for sustainability, are almost never applied by state-sanctioned clergy to environmental issues.

In stark contrast, these same clergymen (woman need not apply) also support, promote and financially benefit from clearly non-Buddhist, non-scientific and superstitious beliefs in a way that differs little from ‘playbook capitalism’ when it comes to teaching younger generations about the need to protect the environment.

Our temples should be kept as uncluttered as an enlightened mind. Instead they more often serve as collection points for mountains of plastic and foam rubbish, catering to temple fairs and other such profit-driven, non-spiritual affairs. All of these efforts are foolishly wasted on animistic idolatry and so-called ‘merit-making’ that has nothing whatsoever to do with real Buddhist teachings and, in fact, only reinforces the substrate of consumer-driven attachment that is the driving force that is laying such waste to the environment, both terrestrial and marine.

There is considerable debate in the international scientific community as to whether or not it is correct and/or appropriate to refer to the current geological era as ‘the anthropocene’, defined as ‘the period during which human activity has been the dominant influence on climate and the environment’.

It is amazing that so many calories can be burned debating such issues, while so few are expended on actual measures that could help bring obvious environmental problems
under control.