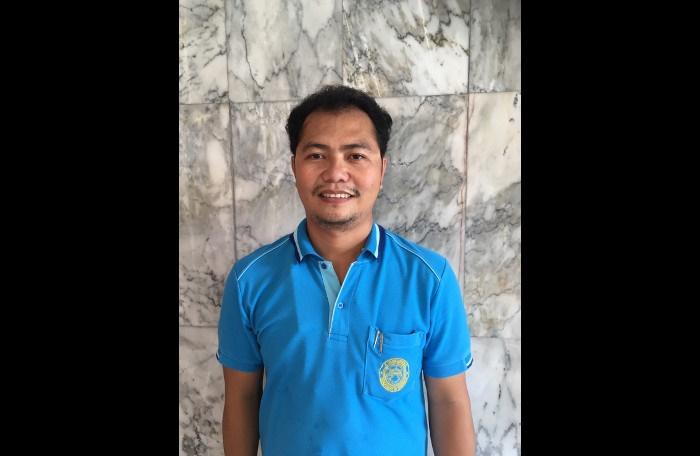 PHUKET: Chalermpol Wongkiattikun, originally from Chonburi province, is currently the Samkong Underpass project engineer from the Department of Highways. He graduated with a Master’s degree in structural engineering from the Asian Institute of Technology (AIT) and a Bachelor’s degree in Civil Engineering from Srinakharinwirot University.

Here, he talks about the problems with the Samkong Underpass construction and his advice for future construction projects in Phuket.

I agree that the many problems with the Samkong Underpass are the lack of preparation and management over the project. However, that does not give a complete picture of the issue.

Dealing with unexpected problems is the hardest part of the job. We may think we are well prepared, but things don’t always go as planned.

The first problem is the unexpected and unknown infrastructure at the construction site. Before starting the project, we observed and cooperated with the relevant offices to find out what we should do with the electric poles, water pipes, telephone lines, and so on.

However, while digging, we found many other water pipes and telephone lines underground, which the officers had not been prepared for. We could not just cut them out as it would have affected everyone living in the area. So, we had to make a new plan to deal with this, which considerably slowed down the progress of the project.

This is because the relevant offices, such as the PEA and the Phuket Water Authority, did not have much time to prepare for and check these things before construction started.

Another issue is the geography of the area. That area is low, and water flows both above and under ground. We did study and plan for this, but we underestimated the amount of underground water we had to deal with, causing further delays.

This problem becomes even more serious in Phuket, as we have eight months of rain and only four months of sun. The construction company did not plan well for this. A backhoe, tractor and other equipment was also destroyed by the flood and rain.

We can all learn from our mistakes. Therefore, we can apply the knowledge and experience from the Samkong Underpass project to future projects.

The first and most important thing we have learned for future projects is how to work in Phuket weather.

It is harder to dig during periods of heavy rain, so we will be better off doing something else on the ground. This could include managing the pipe system, moving the pipes and extending the surface of the road. During the four months without any rain, we have to quickly dig as much as possible so we can finish the project on time.

The second thing that we will improve in future projects is to make the flow of traffic as normal as possible. We will only close the portion that we are actually working on and not the entire road, as closing the whole road causes bottlenecks in traffic.

We will also try to better maintain the roads that people use for their daily commute. It is important to make them as smooth as possible, so we can avoid unsafe roads, as was the case in the Samkong Underpass construction. Sometimes, we get wrapped up in the project too much and forget what issues people face in their daily lives.

Most importantly, we will plan and deal with relevant officers to take action in advance, at least six months before we start the construction project, so we can avoid any unexpected issues during the construction phase.

Lastly, during the construction process, we will try to have as minimal an impact on people’s lives as possible. Some inconvenience might occur during construction, but we must keep the real purpose in mind, which is to ease the traffic in Phuket.