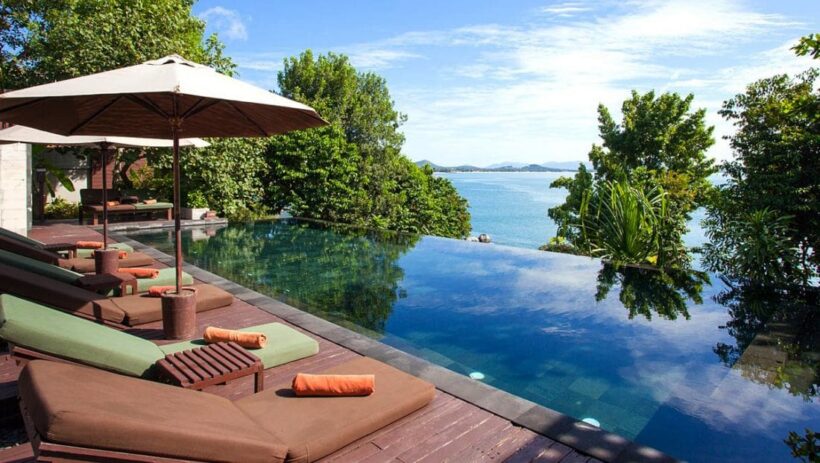 The time has come to open the discussion about the troubling drop in one of Thailand’s leading resort destinations, Koh Samui.

Looking into the island’s performance numbers, according to data from international  hospitality benchmarking  group STR, at the end of August room night demand was down year-to-date by 4.4%.

Viewing a broader market metric C9 Hotelworks research has shown through September that hotel occupancy for the first nine months of the year declined by over 7% compared to the same period in 2017.

One cannot simply account for the dismal numbers as an effect of the China ‘boat sinking’ crisis which was triggered in the middle of the year. Airlift is the elephant in the room of island tourism destinations. During the first six months of this year, domestic arrivals at Koh Samui Airport dropped by 19%, with each month reflecting a negative variance compared to the same month in 2017.

Many industry watchers have pointed to the termination of Thai Airways International flights between Bangkok and Koh Samui in September as a trigger. The reality of the airlift in fact is TG retired an aging 737-400 jet that was used to service the route. It lacks an appropriate replacement given the island’s short runway and negotiated a codeshare agreement with Bangkok Airways to ensure travelers transit seamlessly.

One telling indicator of the market malaise is Surat Thani Airport on the mainland. Over the past few years a rising number of Chinese travelers had used the gateway and were ferried on to Koh Samui. Diving into the latest available data, international arrivals at Surat Thani for the period of January through September dropped 36%, while domestic arrivals only slightly moved downward by 1%.

Armed with the numbers I started a dialogue with island hoteliers to better understand the situation. For the most part, there were similar stories about shrinking Chinese demand due to the economic slowdown and depreciation for the yuan versus the baht.

Arguably the legacy European markets were slower based on the impact of a World Cup year. Lastly is the rise of Vietnam’s beach destination’s including Da Nang, Nha Trang and Phu Quoc.

Ultimately there is little doubt though that the sheer cost of airfares to Koh Samui remain a vital barrier to entry. Phuket continues to see more low-cost airline carriers which has contributed to growth in price sensitive markets. Samui’s environmental restrictions on the number of daily flights and lack of airline carrier diversity in the LCC space has created a glass ceiling.

For hotels, frankly there is no easy answer. The island has somewhat avoided the massive development crush of other resort locations in Thailand and Southeast Asia, but the nature of the island’s economic dependence on tourism has caged the golden goose. Damned if they do or damned if they don’t, the path to tourism maturity comes with a price tag with either staying small or going big. The hotel and tourism sector will likely remain stressed going forward, though certain niches such as luxury properties and wellness offerings tend to buck the trend.

To sum up the future, something has to happen with the airport issue to balance mounting infrastructure drains. The continued influx of Full Moon travellers transiting to nearby Koh Phangan and early stage development of Koh Tao are just another part of the equation.

In short, Koh Samui either needs to find a way to grow the existing airport or else find a new location and long-term solution to the airport conundrum.