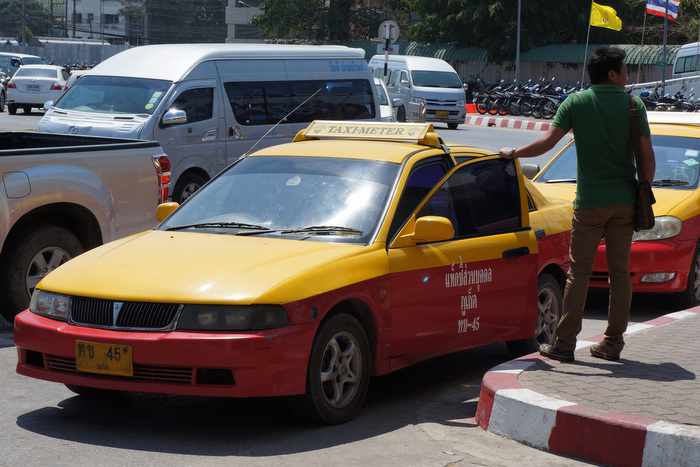 PHUKET: The world renowned tourist destination of Borneo is without a doubt full of wonders: wild orangutans, the rare proboscis monkey, “head houses” with plenty of human skulls to go around, schools of hammerhead sharks and incredibly friendly taxi drivers.

Flying half way around the world to remote Malaysia Borneo isn’t worth the trip only to witness the honest, fixed-rate taxi drivers at work, but it’s certainly something to reminisce about upon returning to Phuket and getting involved in a taxi transaction, particularly one at Phuket International Airport.

Unlike the chain smoking taxi drivers who often greet visitors at Phuket Airport with dress shirts unbuttoned and attitudes meant to establish some fictional level of dominance, the drivers in Borneo are well dressed and incredibly polite.

More notably, however, is their genuine, non-threatening interest in their passengers. This is not to be mistaken for the kind of “interest” that led Phuket taxi driver Paitoon Kruain to kidnap and sexually assault a Chinese tourist passenger last year. The drivers in Borneo aren’t prying; they are just curious about a person’s trip – it’s like meeting a potential acquaintance at a backpackers’ hostel.

On the way out to see the orangutans at the Semenggoh Wildlife Centre in Borneo recently, my driver began talking about how certain local plants are used in traditional medicines for a variety of illnesses. He wasn’t selling anything; he was simply imparting information he thought a tourist might find interesting.

Though perhaps not extraordinary, such conversation makes a person feel good. There is something undeniably welcoming about the interaction.

One of the main differences between Phuket and Borneo taxi drivers boils down to language barriers. Drivers who are confident in their English-language skills – much easier to find in Borneo than Phuket – are more likely to initiate a causal conversation, acting almost as informal tour guides while taking a person exactly where he or she asks to go, with no unwanted stops at tour companies.

Beyond English-language skills and a general quality of hospitality that puts Thai-taxi drivers to shame, the drivers in Borneo charge reasonable prices.

There isn’t a long pause as they attempt to calculate how big of a sucker they think a person is (so they can adjust the price accordingly). It’s a quick response that seems so reasonable the act of bartering feels unfriendly.

In general, people, especially tourists, don’t mind the price of a taxi. What they mind is the feeling of being ripped off. It is one thing to leave Phuket thinking that taxi prices are steep and completely another to depart knowing you have been taken advantage of.

Come the AEC 2015, I would welcome the drivers of Borneo to Phuket, as this island has a bounty of special reasons for visits – even without wild orangutans. Decent taxi drivers could make all the difference to countless people’s experiences here.

Standing together against Phuket dolphinarium