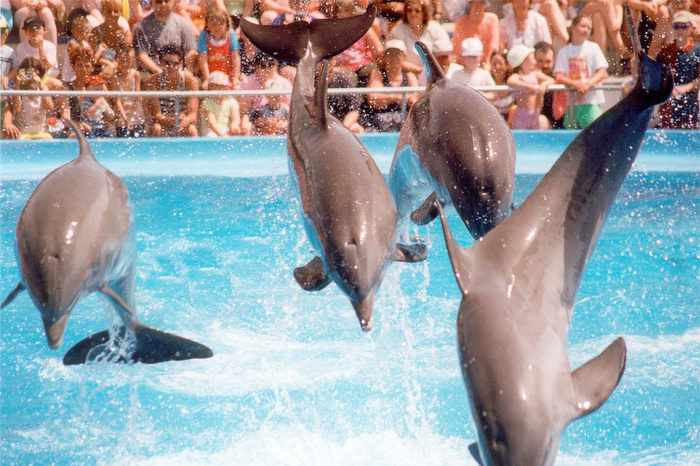 PHUKET: With several advertisements boasting discounted tickets and all the hype of a new and exciting venture, the Phuket Dolphinarium is on track to open.

The community of Phuket will add a new tourist venue that will try to cater to people’s love of
marine animals, and to the growing tourist trade from Northern Europe and Asia.

Is this what we really want?

A documentary called The Cove was recently presented at the Phuket campus of Prince of Songkla University and at Central Festival Phuket. The film takes a very graphic look into the barbarism behind the killing and selling of dolphins to satisfy the fish market, and to stock the various dolphin shows around the world.

Does our community, with its sense of care, compassion and love of the wild, want to fuel the economic interests that could lead to another captive dolphin venue?

It’s not surprising the new dolpinarium is surrounded by a fence so the general public cannot see the very restrictive conditions in which these highly sensitive creatures will both live and perform.

Phuket should seek, for all its people, to be part of the development of a sustainable community that supports the land and sea, as well as protecting the creatures in it. We are in a process of change toward building this type of community from which we all can benefit, and in which there is a sense of pride.

Let us encourage tourism and growth. Let us invite people from around the world to see the beauty of the island. But before we rush to accept the new dolpinarium, let us be clear that it is more than just a minimal compliance to a virtually nonexistent law covering animal welfare.

Let us look at bringing together all the interests of the community. The hotels, educators, government agencies, fishermen and local community can build a long-term strategy for people to be able to see the dolphins in their natural habitat.

This means community action to develop a dolphin-watch program, and to ask our fishermen to help with sightings. This is already happening in other places. Maybe we can be a positive role model for dolphin welfare by promoting the opportunity to see this majestic sea creature enjoying life in its natural habitat.

Now, that is something our island can be all about – and with pride, not shame.

Looking out for those who look out for our Phuket community