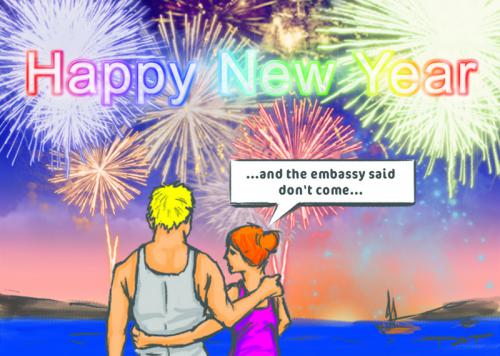 PHUKET: As we embark on the year 2014, there seems to be no better time to reflect on the monumental changes that have transformed Phuket over the past few decades, all the result of “Bangkok style” urbanization that continues to degrade what is left of the island’s natural beauty and diminish its appeal to foreign tourists.

In a recent Phuket Gazette online readers’ poll, only about six per cent of those who took part thought that the island’s beaches remained its premier selling point. This was the least popular among six possible responses (click here).

The most popular response was that the island’s unique combination of beaches, natural beauty, good value for money and nightlife was responsible for keeping tourist arrival figures on the rise year-in and year-out. Good enough, at least if one is prepared to accept tourism arrival figures as the gold standard by which success should be measured.

The sad fact is that it is far too late to turn back the clock and restore the island to what it once was: a tropical paradise with hillsides covered in virgin forest, beautiful coral reefs within easy swimming distance of most beaches, crystal clear waters and a friendly, laid-back local population for whom world-class hospitality came as second nature.

The problem, of course, has been the island’s so-called “development”, a term that comes across as increasingly oxymoronic as we watch Phuket’s natural heritage plundered and replaced with an unsightly urban landscape more like images from the dystopian sci-fi film Blade Runner than those which appear on so many tourism promotion pamphlets.

This development has brought us endless traffic tailbacks, slum communities built on cleared mangrove forests, huge advertising billboards, and the latest trend: colossal concrete traffic underpasses that may have no appreciable effect on the ever-growing traffic problem, except to transform the existing mess into a three-dimensional nightmare à la Bangkok and line the pockets of corrupt politicians.

It is hard to conceive of a way to stem this heartbreaking tide under the existing vassal state dynamic, with the island’s development funded, authorized and approved by powerful people in the capital who have apparently spent too much time zoning out while sitting in traffic jams to conceive that there could be a better way forward.

One potential way out would be to establish the island as a special administrative area with its own elected governor, a concept that has long been discussed. But that would require honest politicians, which are as few on the ground here as they are in the capital.

Phuket Opinion: Resolving not to fail