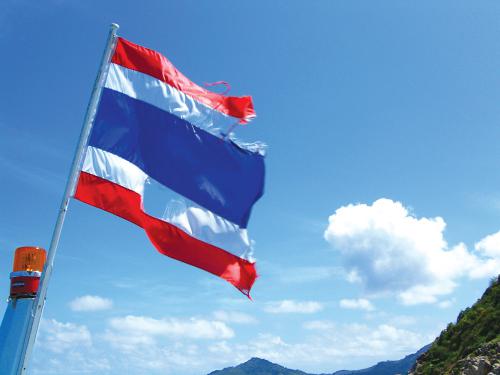 PHUKET: Enough was enough. After nearly being run down by a mechanical dinosaur, I made my way through glass doors to the car park.

The overbearing cacophony that apparently is a necessary companion to the modern shopping experience – or at least of the Games Zone on the basement level of the Big C shopping complex on the bypass road – faded behind me.

Outside, I strolled away from the din toward a park bench near an overflowing trash can for some respite. Sitting on the bench was a lone motorcycle taxi driver still sporting his win vest, showing he was a member of the local tribe of riders with rights to ferry passengers to and from the mall.

I smiled and said, “Hi. May I sit here?” He beamed and invited me to join him.

The conversation that ensued in the next 10 minutes I hope to remember for a long time. The words reminded me of why I moved to Phuket more than 13 years ago.

Simply, we had a connect. We had seen great events come and go. I was called to a friend’s bar in Rawai to watch in disbelief the horrific events of 9/11 unfold. He was at home in Kathu watching it on TV.

I was woken by tremors on that fateful day in December 2004, and soon after received an SMS from a friend telling me what hell had been unleashed on Phuket’s west coast. He heard the news on his phone after dropping a passenger off in Phuket Town.

We survived the War on Drugs, we watched as the Deep South spiralled further into violence, murder and mayhem, and we witnessed Thailand caught in the throes of democratic upheaval that led to the coup in 2006.

As for the country’s latest state of affairs, he was as up to date as anyone could be. Even that Sunday morning he already knew of the American journalist who had been injured in the pre-election shootout in Bangkok. He even knew the extent of the injury.

I had to ask what he thought of the protests that had laid siege to Bangkok.

“Something had to happen. There’s too much corruption. Everyone knows it. Too much.”

But what about the protesters stopping people from exercising the right to vote?

So what should we do?

“This will take time, but it’s not worth violence. Just give it time.”

You see, in Thailand there is always another way.