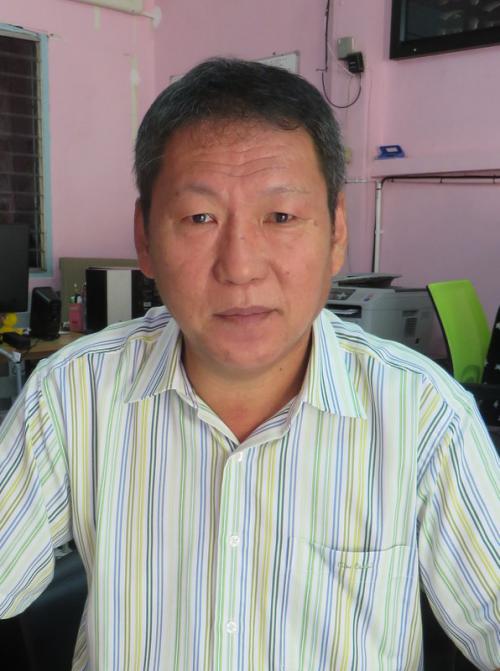 Boonrat Apiwanthanakorn, 56, from Haad Yai, is the new president of the Phuket Press Club. He has a BA from the Teacher College in Songkhla and over 20 years experience in journalism, working for Kietibhumi and Chaotai newspapers and Thai TV Channels 3 and 5. He now works for Khaosod newspaper and the Phuket Andaman, which he owns.

Here, he talks about the qualifications that reporters should have and the challenges they face.

PHUKET: The field of reporting has changed a lot since I was young. It used to be that you didn’t need a degree, you just needed to be able to communicate quickly, write well and know a lot of people.

Nowadays more universities are offering journalism courses, which is a good thing. Obviously, it’s good for reporters to get formal training. What is not so obvious is how important it is that they are taught the value of integrity. This makes it harder for people to control them.

In the old days, news could be bought more easily. If someone was accused of corruption and didn’t want the fact published, he could pay to kill a story. And reporters would sell information too. If they had access to government officers and police schedules, they could warn people ahead of time about raids or inspections.

Formal journalism education has helped minimize these habits, but reporters today still face financial temptations. They might be offered money to not report the truth or to write something bad about someone.

Those who want an event covered might offer “gas money” to reporters to write about it. And some reporters might be lured into selling their stories out of house.

I want new reporters to know that the quality they should nurture most is honesty.

By bringing information to the public, we help create reality for our readers. This obligates us to do our best to find the truth and not add our own opinion or any slant to it when we report it. And it obligates us to report both sides to any conflict.

There’s an interesting contradiction to reporting today. On the one hand, we have more training for journalists, so the field has become more restrictive. On the other hand, with the internet, everyone can be a reporter now. Whoever encounters an unfolding event can ask questions, take photos and post it all online.

There’s one thing these amateur reporters should keep in mind: people’s privacy.

This applies particularly to photos. There are some pictures that just shouldn’t go online – explicit photos of victims of shootings, drownings or accidents. They should be blurred or cropped first. Names should be handled with sensitivity too, especially those of victims under 18 and women who have been raped.

If you were the victim, would you want to see your name and photo online?

One of the hardest things about being a journalist is dealing with officers – government or police – who decline to comment or who won’t clarify facts for us. We know that sometimes officers can’t talk, but when they can but don’t, it sometimes prevents justice from being served.

Officers can actually benefit by talking to us. For one thing, when they tell us what’s going on, we know that they are working and not wasting our taxpayer money. Giving information is also a way to prevent corruption. If they are honest operators, they will not be afraid to reveal facts.

Reporting can be a dangerous job. When we investigate land encroachment, illegal logging, corruption and so on, we may make some people so unhappy that we put our own lives at risk. In these cases, we need government protection.

I don’t mind if I die chasing the truth, but I worry about my family. How can they live after I am gone?

Phuket Opinion: Just give it time