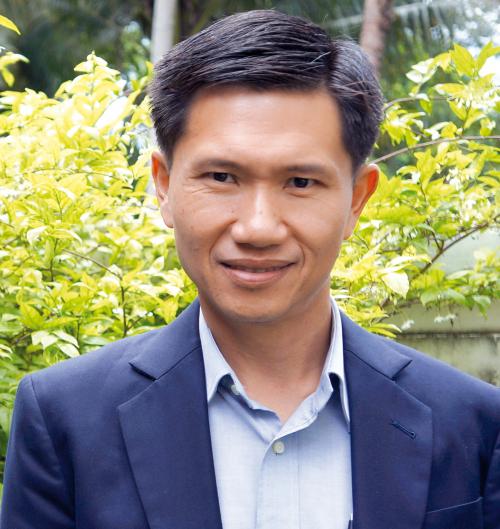 Thitinan Pongsudhirak is a political science professor and Director of the Institute of Security and International Studies at Chulalongkorn University. He holds a PhD from the London School of Economics and an MA from Johns Hopkins University, and from 1998 to 2005, worked at the Economist Intelligence Unit.

Here, he explains the recent Thai protests as a battle between those wanting elected leaders – even corrupt ones – and those wanting unelected, but trustworthy technocrats.

PHUKET: Thailand’s political crisis began with protests last month against a proposed blanket amnesty that would have exonerated former prime minister Thaksin Shinawatra, who was forced out by a military coup in 2006 and later found guilty of corruption. The government, led by the current prime minister, Yingluck Shinawatra – Thaksin’s sister, has stood its ground. The latest round of brinkmanship is unlikely to be the last, as Thailand tries to find a new balance between competing sources of elected and unelected political legitimacy.

Suthep Thaugsuban, a veteran Democrat party MP who resigned to spearhead the protests, has publicly indicated that the protesters’ goal is to replace Yingluck with a “people’s government” and to elevate the role of the monarchy in Thailand’s electoral democracy. The protesters are fed up with the electoral system and the money-politics that lubricates and underpins Thai democracy. Exemplified by Thaksin, unscrupulous politicians buy their way to success at the polls and then recoup their “electoral investments” with a hefty profit from corruption when in office.

Suthep’s supporters, comprising roughly two-fifths of the active electorate, want to abandon electoral democracy in favor of unelected figures of integrity and moral authority. They have been calling for “good people” to run Thailand’s government and chart its future direction.

Thailand is going through a critical test of its electoral democracy, of how to have sufficient checks for an acceptable balance. While the electoral side of the Thai divide enjoys popular legitimacy and international credibility, the non-elected side emphasizes integrity, morality and a sense of noblesse oblige. An elected politician who can move Thailand forward in spite of corruption – which is seen as common and unavoidable – is the preference of the Thaksin-Yingluck supporters. An unelected and incorruptible technocrat with policy expertise working tirelessly for the common good is the ideal leader for the anti-government protesters on Bangkok’s streets.

In the future, the forces of elected power will have to show more integrity and policy-making skills. They will need to bolster the trust of voters and avoid abuses of power. The forces of appointed and unelected authority will have to come up with electoral legitimacy and policy delivery to cater to the vast majority of the electorate. They need to at least have a chance at triumphing at the polls.

This means Thaksin-Yingluck’s Pheu Thai party will have to be more attentive to the grievances of the electoral minority, whereas the opposition Democrat party will need a complete overhaul of its leadership and policy ideas to have a chance of winning after a 20-year hiatus. And smaller parties will need to be promoted to bring a more level electoral playing field.

Thailand’s latest bout of political crisis is a major improvement on recent years. The military has not intervened; the airport is unlikely to be shut again; and the judiciary has not disbanded a ruling party.

Thailand must build on this progress as it grapples with the right mix of elected sources of power and unelected centers of moral authority.