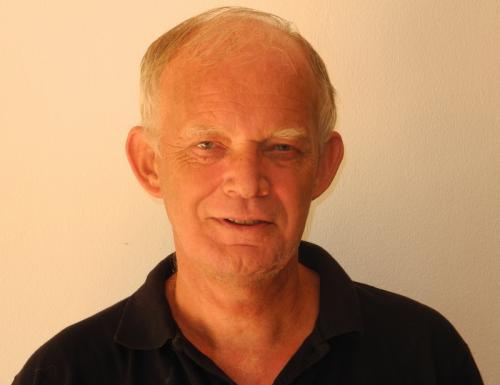 PHUKET: In response to the comments made by Weerasit Puthipairoj, the chief of the Phuket Provincial Livestock Office (story here), the Soi Dog Foundation never has and never will pay anybody to feed stray dogs.

Certainly many local Thai people and some foreigners do to our knowledge feed stray dogs and cats at temples and other locations, but that has nothing to do with the foundation. SDF, however, does supply food to temples which care for large numbers of dogs.

Soi Dog Foundation sterilizes large numbers of animals on the island (nearly 50,000 in the past nine years), which has resulted in a clear reduction in overall numbers in most areas of the island.

As Dr Weerasit is new to Phuket, he would be unaware of the huge numbers of strays on Phuket nine years ago and the fact that the problem was spiraling out of control. In June 2012 SDF started its PUP program (Prevent Unwanted Puppies).

This program, which will run initially for two years, sees us holding mobile clinics systematically across the island, working in close cooperation with the island’s local administrations, all of whom share our view that mass sterilization of both owned and stray animals is the only long-term solution in a country where euthanasia is officially not allowed.

We cannot make people have their pets desexed, but our target is to sterilize 20,000 dogs over the initial two years. In addition, all dogs that come to the clinics are vaccinated.

We believe that this will see the issue largely under control and require a maintenance program only.

If 80% of animals in an area are sterilized, then the population will decrease. That is a fact.

This view is shared by Dr Weerasit’s superiors in Bangkok, where years of incarcerating stray dogs in huge dog pounds has had absolutely no effect on the stray population. The Livestock Department themselves are now moving toward mass sterilization in the capital as they can see it is the only solution.

The main issue is not people feeding dogs, but the garbage problem. Until all garbage is disposed of in dog-proof bins, this will always be an issue. Where there is a food source something will feed on it. If there were no dogs or cats on Phuket tomorrow, then an explosion in the rat population would most certainly occur.

Dr Weerasit’s claim that Phuket is rabies-free is extremely dangerous. Anybody bitten by a dog here in Phuket should have a course of rabies injections.

There have been no recorded cases of rabies in humans on Phuket for several years, in no little measure due to the fact that SDF has vaccinated most of the dogs. The Phuket Livestock Department, meanwhile, has allowed unvaccinated dogs and puppies from other provinces, where rabies is endemic, to pour onto the island for sale at markets and temple fairs. That puts us at risk.

It is illegal in Thailand to transport dogs across provinces without proper paperwork and evidence that the dogs have been vaccinated against rabies. Most puppies sold in Phuket come from puppy farms elsewhere and unsold puppies are inevitably dumped, fueling the stray dog problem and increasing the risk of rabies being introduced.

The World Health Oganization will never accept Phuket as being rabies-free whilst dogs from other areas are allowed onto the island.

Dr Weerasit did not mention what he will do to stop these dogs from coming onto the island.

The statement that all stray dogs should be taken to the dog pound in Thalang is not well founded. By his own admission, the Livestock Office in Phuket does not have the budget to take care of the dogs and the dog shelter has a capacity of 400 animals.

To put all Phuket’s stray and unregistered dogs into the pound would require that they be stacked several deep. SDF has offered to vaccinate and sterilize all the dogs in the pound as well as treat injuries. We have been denied access and reports from tourists and local Thai people who have visited there describe it as nothing more than a death camp.

Furthermore, puppies are being born on site. Interestingly the Deputy Director general of the DLD has offered SDF land if it will manage the dogs being confiscated from dog meat smugglers. SDF invested nearly 4 million baht on improving the Phuket pound but were then asked to leave as it was not appropriate for an NGO to operate a Government facility!

At the pound, dogs are fed when food is available and many have untreated wounds infested with maggots caused by fighting over food. The previous enlightened chief did make a decision to close the pound to new arrivals because of the conditions there and lack of funds.

The pound should be closed to new arrivals, the existing dogs be wherever possible adopted, and the remainder cared for by SDF. The pound should then be closed and demolished, as for such a place to exist is a blot on Phuket and it serves no useful purpose.

The majority of dog bites come from uncontrolled, owned dogs. Stray dogs generally avoid human contact, but any genuine cases of aggressive stray dogs SDF will investigate and humanely euthanize the animal if it is found to be attacking people.

In the case of owned dogs attacking people, the victims must take it up with the authorities.

Many people do keep dogs and train them to be aggressive to protect their property. Dr Weerasit is correct in saying that many owners will not register their dogs and deny ownership to avoid legal claims in the event their dogs attacks somebody.

Plans to have all owned dogs microchipped and registered have been put forward on several occasions, but it has never worked.

Sterilizing dogs does not generally change a dog’s behavior. One reason local people do not want to sterilize a male dog is the belief that it will no longer protect their property. This is not the case.

After sterilization a male dog is less likely to roam in search of unsterilized females, but will protect his territory exactly as he did before.

An issue on Phuket is the increasing number of pit bulls bought for dog fighting and later dumped when of no further use to the owner.

Although pit bulls generally are not aggressive if trained correctly, these dogs are dangerous when trained for fighting.

Phuket Opinion: Semi-naked is not an option